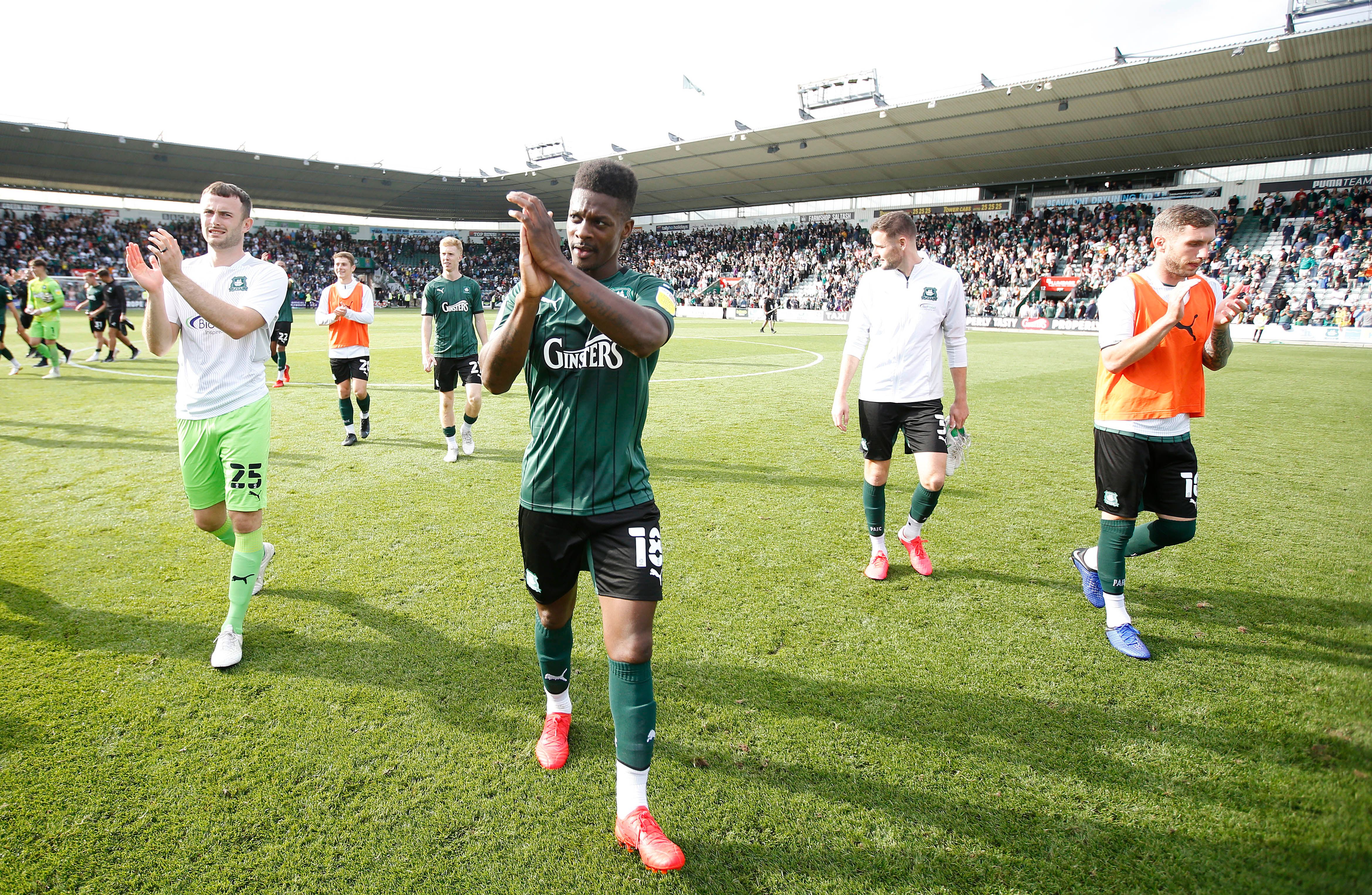 Striker Kieran Agard has left Home Park after the expiry of his contract.

The former Everton youngster joined the club on a six-month deal in the summer following his departure from Milton Keynes Dons at the end of last season.

He scored three goals in 16 games in a Green shirt, netting the winner in our final home game of 2021, against Charlton Athletic.

Kieran made his Argyle debut as a substitute in our 3-0 win over Sheffield Wednesday in September.

He went on to feature a further 11 times in Sky Bet League One, making three starts.

The experienced forward also found the net in Papa John’s Trophy games against Swindon Town and Arsenal under-21s and played a part in helping the Greens past Sheffield Wednesday in the first round of the Emirates FA Cup.

Kieran was a popular figure in the dressing room and everyone at Argyle wishes him the very best in the future.

On his departure, Steven Schumacher said, “Kieran is one of the best professionals I’ve ever worked with as a player or as a coach.

“He trained every day, with a smile on his face and always supported his team mates even when he may have been frustrated with a lack of opportunities.

“I felt that the game time he might have got in the second half of this season may not have been enough for him at this stage in his career, and therefore we felt it was the best decision for him to go and find a club where he can play more football.

“I wish him all the best in the future”

Once a Green, Kieran.