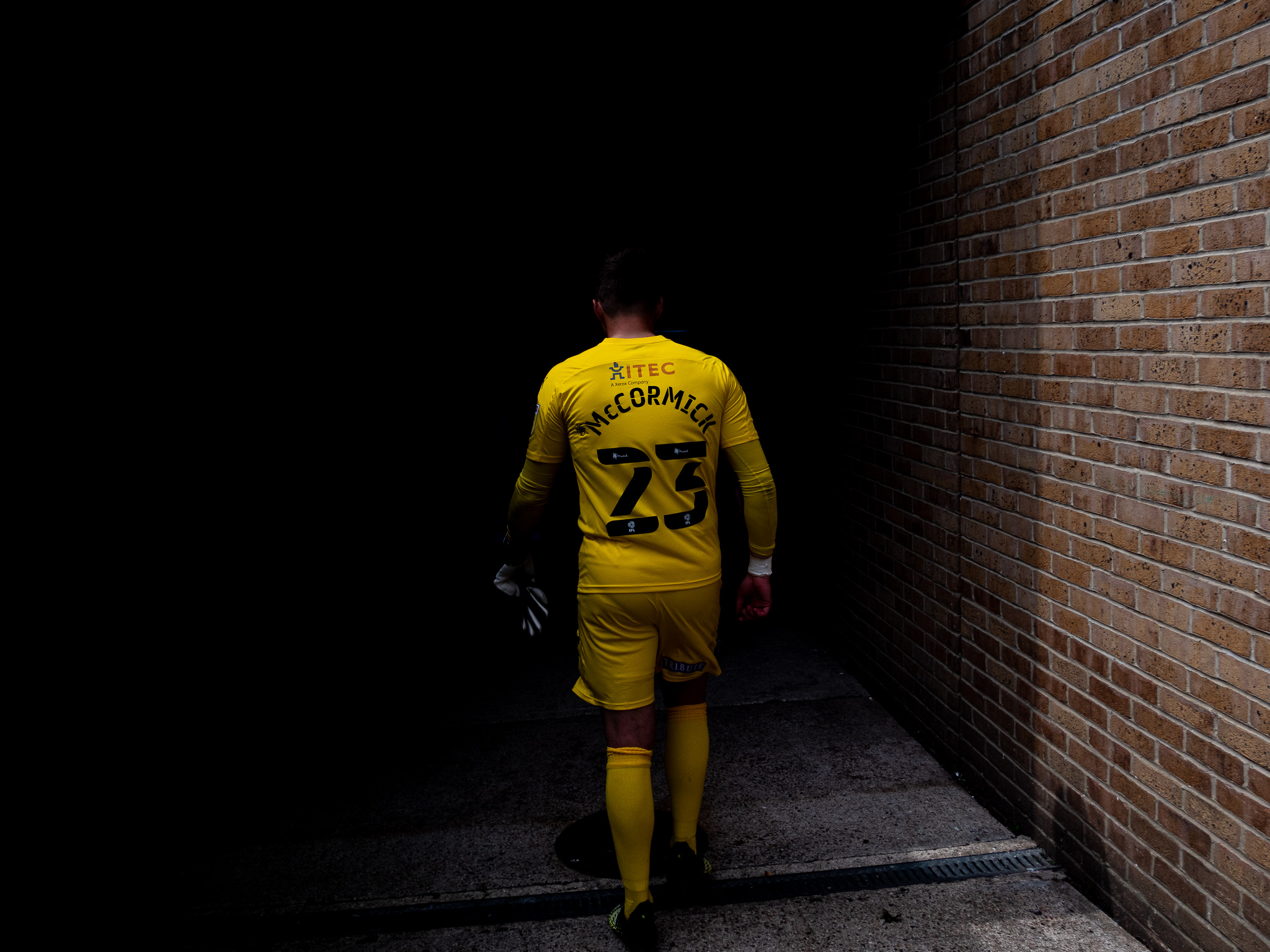 With 350 appearances to his name, three promotions, and having captained Argyle to one of those, Luke McCormick has decided to retire from the game.

“It’s been my life, this football club, from such a young age.

“It’s responsible for all I have, my family, my wife, my friends, it’s all because of Argyle.”

The 38-year-old ‘keeper joined the Greens half a lifetime ago, aged just 15, making the journey south, from Coventry to Devon, to begin his footballing career.

By the end of his second season at Home Park he had made his first team debut and was already beginning to make a name for himself.

“I had just finished my exams, had a trial on the cards, came down for a week and never left.

“Kevin Summerfield was the youth coach at the time, and he was such a big influence on me. He said they wanted to sign me and that was it.”

Having been the back-up to French goalkeeping legend Romain Larrieu for Argyle’s Nationwide Division Three triumph, he took his chance for the first season back in the third tier.

With Larrieu injured, Luke’s fine form at the start of the campaign lead to a five-season fight, albeit friendly, between the two Argyle ‘keepers.

In truth if it hadn’t been for Larrieu, Luke would have gone on to rack up a lot more appearances for the Pilgrims, and the same can be said the other way.

With two top class stoppers, it was little wonder that Argyle continued to climb the table.

It was during the title winning 2003/04 season that Luke really made a name for himself.

The then 20-year-old broke the club record for consecutive clean sheets, previously set in 1905.

His seven shut outs in a row helped the Greens win promotion to the second tier and earned Luke the club’s Young Player of the Season award.

“I remember this year so well, that last day against QPR was incredible.

“The noise that the fans made when Mickey Evans scored the first goal, just went on and on and on.”

The next season, in the newly named Coca-Cola Championship, saw the goalkeeping duties shared between Romain and Luke.

Both played 23 each as the Greens successfully stayed in the division.

After spells at Truro City and Oxford United, Luke returned to Home Park in the summer of 2013.

He quickly established himself as the number one and was handed the club captain role by manager John Sheridan.

He helped guide the side to their best league finish for four seasons, making the play-offs before being beaten by Wycombe Wanderers in the semi-finals.

Luke was a pretty much ever present over the course of the next two seasons, which saw the Greens reach a play-off final, hold Liverpool to a goalless draw at Anfield and eventually win promotion back to League One.

“Walking the lads out at Anfield was pretty special.

“I was doing the coin toss with ‘You’ll Never Walk Alone’ playing, winning it and then being too scared to turn them round and make them play to the Kop.”

Incidentally, Luke even managed to produce a fine penalty save in front of the television cameras, to keep out Divock Origi in the FA Cup third round replay at Home Park – the same Origi who would go onto to score in the UEFA Champions League Final three years later.

At the end of an injury hit season, which saw Argyle go through seven different goalkeepers, Luke was let go by the club having made 347 appearances for the Greens.

He spent two seasons at Swindon Town, winning promotion to Sky Bet League One in his second year and re-joined the Pilgrims for a third time in the summer of 2020.

It was always known that, with the emergence of homegrown talent Mike Cooper occupying the number one spot, again aged 20 just like Luke when he started, it was a supportive role the legend would have to play.

“He’s excellent. His ability is out there for everyone to see, and we see more of that on the training ground.

“His mentality and temperament is amazing, he’s such an intelligent man and he’ll have one hell of a career, I’m sure.”

He played once in the Papa John’s Trophy and was then handed two substitute appearances in the last two matches of the league season to get him to the incredible figure of 350 matches as a Pilgrim – 19th in the all-time list.

Luke spent the past season training with Mike, Callum Burton and goalkeeping coach Darren Bechet, helping out and giving guidance, and bows out of the game as a true legend.

“The relationship I have had with the fans over the years, what they have helped me come through is something I am so grateful for.

“I hope I have been able to replay them with displays and moments over the years."

Thanks for everything, Super Luke!