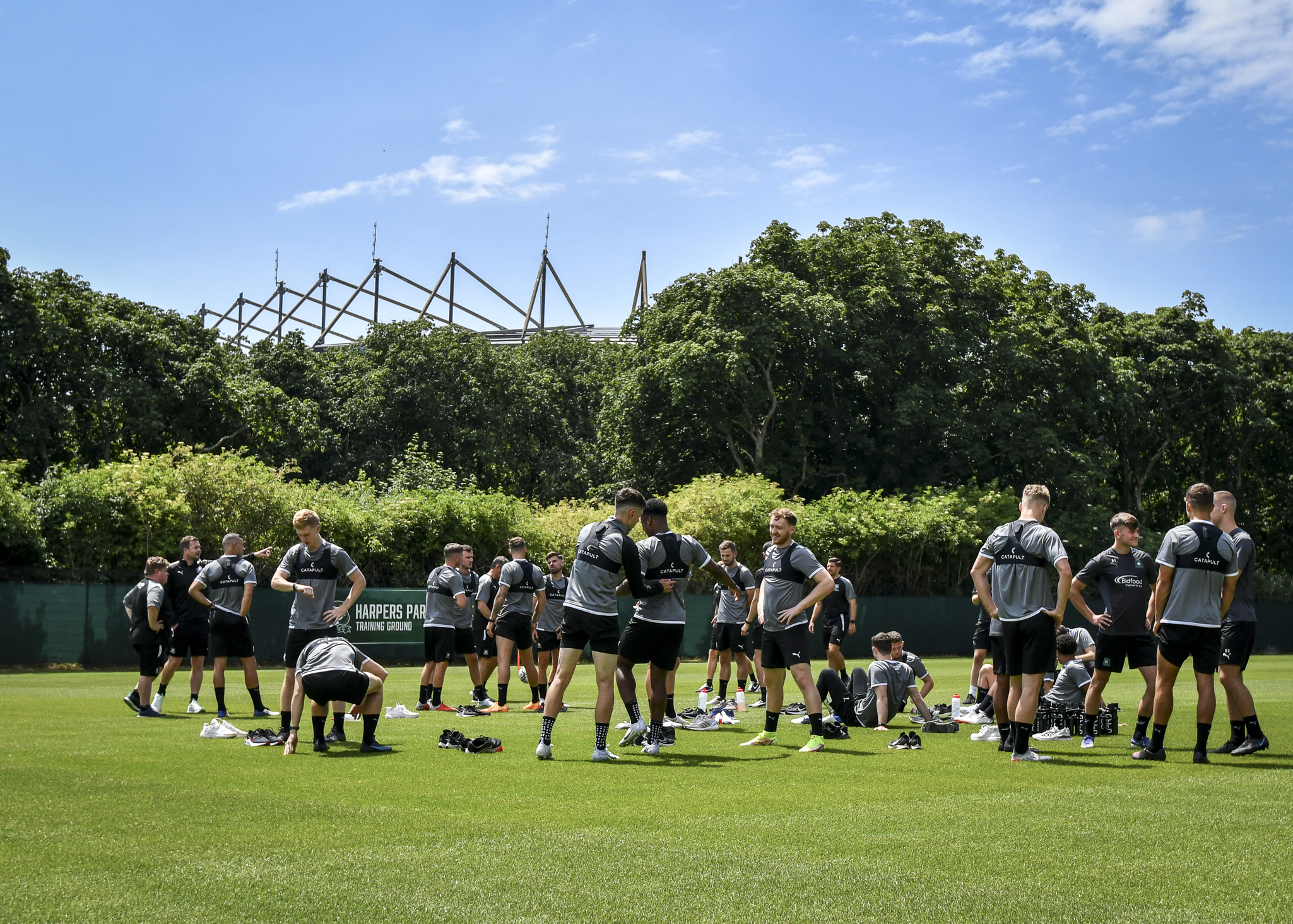 With Argyle’s first pre-season fixture just over a week away, preparations are in full swing with players, coaches and supporters making sure they are ready.

Tickets for four of the seven warm-up matches planned are already on sale, with details of the others expected to be announced in the coming weeks.

For the games against Plymouth Parkway and Torquay United, supporters can purchase tickets from the home club, with both matches on sale now.

The Greens travel to city neighbours Plymouth Parkway on Saturday, 2 July and tickets for that match are on sale now and can be purchased directly from Parkway here.

Meanwhile for Argyle’s trip to Plainmoor on Tuesday, 19 July can be bought directly from Torquay here.

Supporters are also able to get their tickets for the two matches at Home Park against Swansea City on Tuesday, 12 July and Bristol City on Saturday, 16 July from the Home Park Ticket Office.

All sides of Home Park will be open for supporters, with season ticket holders given a priority to purchase their seat first.

Season ticket holders will have until 3pm on Friday, 1 July to reserve their seat for the game with Swansea and until 3pm on Tuesday, 5 July for the Bristol City clash, at which time any unsold seats will be released.

Ticket pricing for both games:

*Only with an adult/over65 or under 23 tickets

PLEASE NOTE: Due to the installation of the Big Screen, we are unable to offer the season ticket holders in Block 16 access to their seats for these two games. We apologise for any disruption caused by this.

Hospitality experiences will be available for both fixtures, offering the following:

Prices for our Club Argyle experience are £55(+VAT) per person, £50(+VAT) season ticket holder/Club Argyle member. Hospitality packages can be purchased online here, by contacting hospitality@pafc.co.uk, or by calling 01752 302206.

There are still some sponsorship opportunities available, if you are interested in specific packages get in contact with our commercial team at commercial@pafc.co.uk or call 01752 302204.

Details on how to het your hands on tickets for the fixtures against Yeovil Town on Saturday, 23 July and Truro City on Tuesday, 26 July are still to be confirmed.