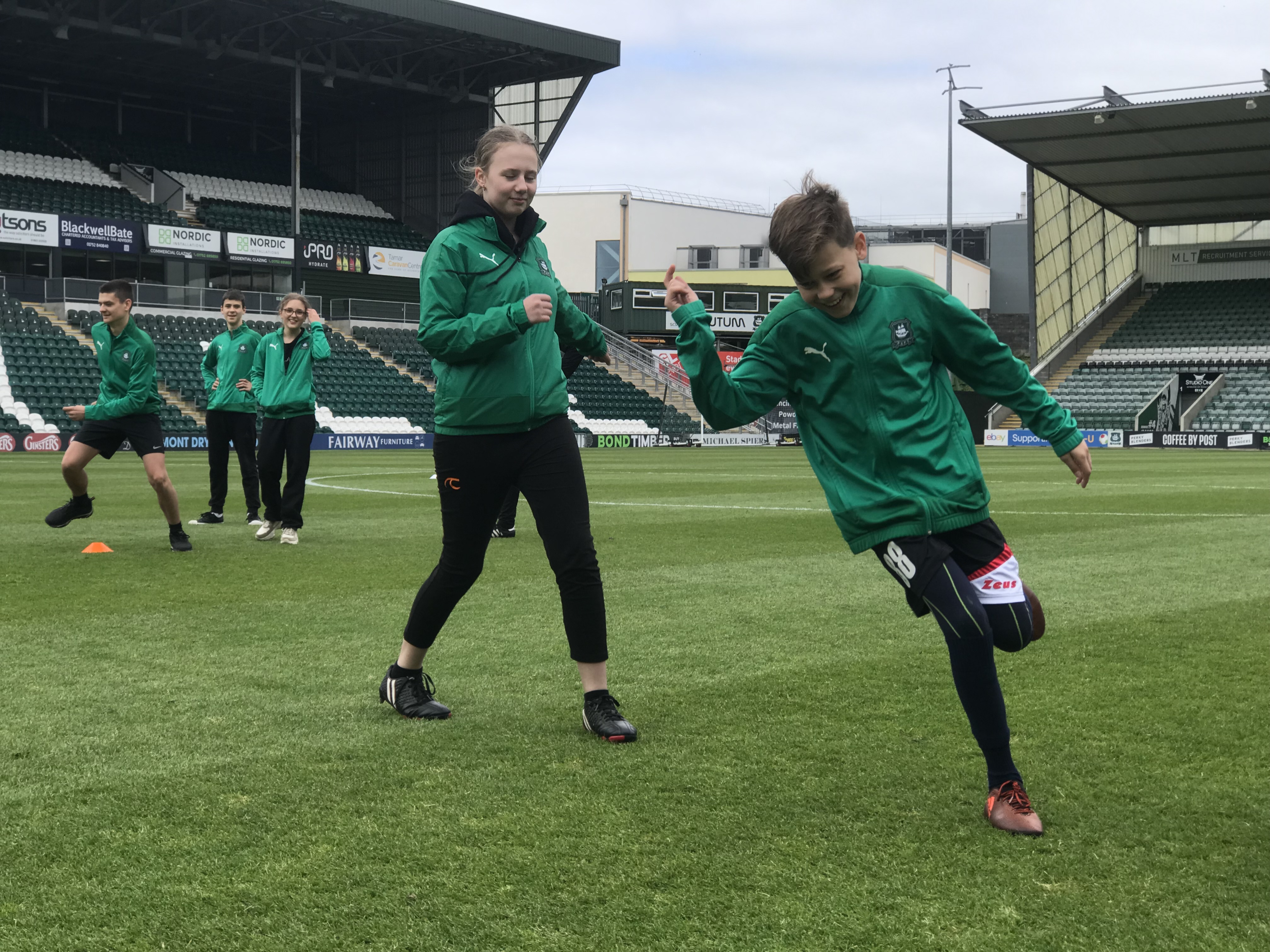 Home Park played host to nine Ukrainian refugees for a tour of the stadium and a training session on the pitch.

The children, aged between 12 and 16, are living with host families in Tavistock and attend Tavistock College.

They were invited to the club for an hour-long session with Academy coaches Lee Hodge and James Bradley, and got to take home training kit and boots after the session.

Lee is the Head of Academy coaching at Argyle and led the session.

He said, “We started off with some skills, did some one-vs-ones, and then finished with a game at the end. Everything we did today, we would do with our young players at the Academy.

"We wanted to give them the opportunity to play at Home Park, especially after the awful things they have gone through.

"Football is a universal language and you could see that all of those students were passionate about football.

"It was just great to see the smiles on their faces."

All nine have moved to Devon to escape the war going on in their home country and are just a few of an estimated two million children who have been forced to flee Ukraine since the Russian invasion in February.

They were united though by their love of football and teacher Chloe Carrubba contacted Argyle to see if they could offer some support.

Chloe said, “Many of these kids have experienced many difficult and distressing things recently and all of them came to this country with just one backpack of belongings.

"I found that talking to all of them that they’re all connected through football. I wanted to show them the best club in the world and today has been just the most amazing experience for all of them.

"It’s been wonderful for me, to see them genuinely happy excited about something and feel so welcome in the community.”

The hour-long session, which included a special visit from First Team Manager Steven Schumacher, saw the kids put through their paces with dribbling, passing and shooting drills.

Matvii, 12, and Anton, 15, were thrilled by the experience, “It was beautiful. You have a very nice pitch, my team lost but it was so much fun.

It was great to have you with us!