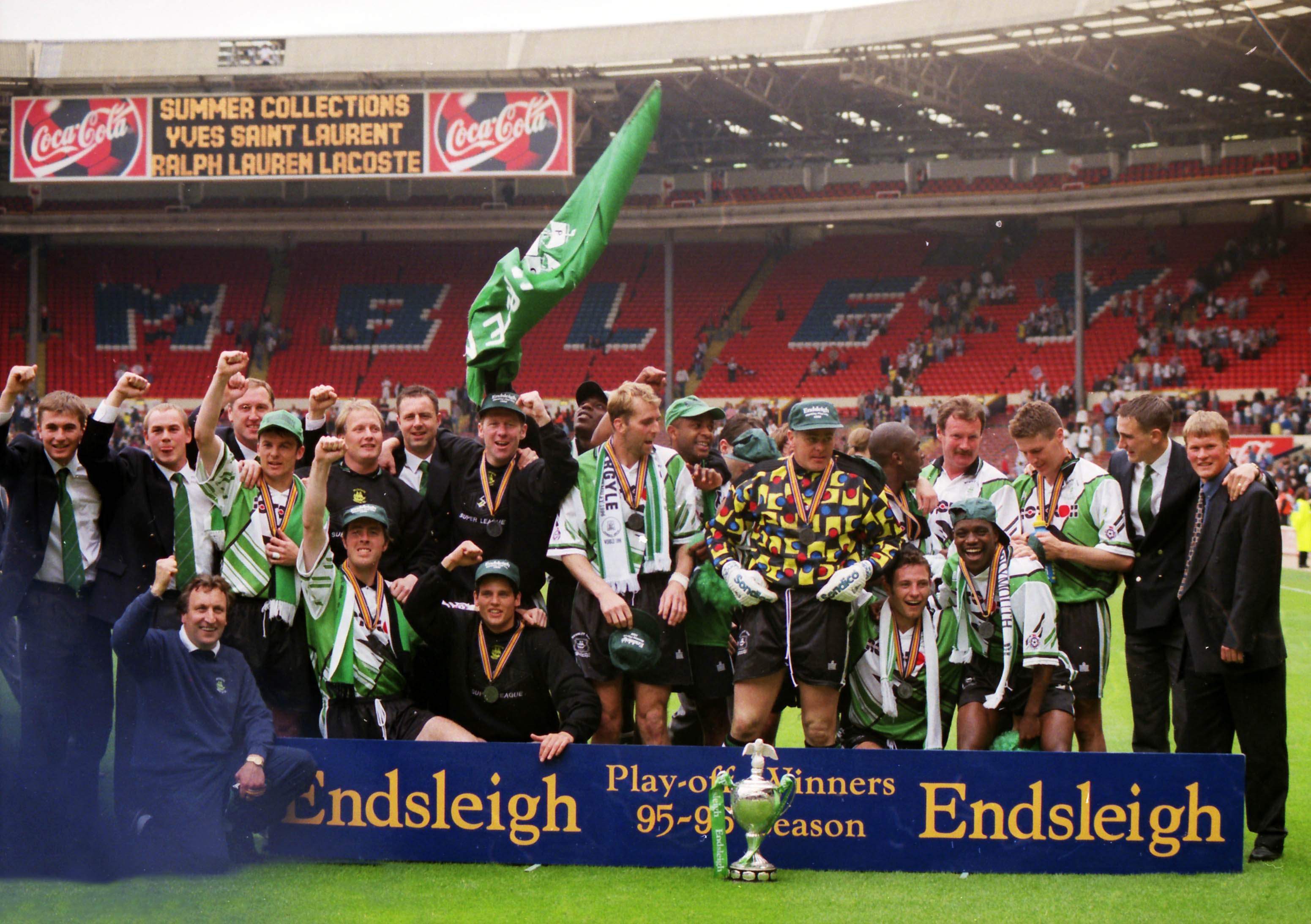 Neil Warnock has had a stellar career in football management.

A record eight promotions, over 1600 games as a gaffer - and the majority of those in the top two leagues in England - yet, still, he gets goosebumps when he thinks about Argyle’s Wembley win in 1996.

It was his fifth promotion as a manager and is, still, the only time the Greens have won at the National Stadium.

When he took the reins in the summer of 1995, having turned down the job at Derby County, he might have been forgiven for thinking it was the wrong thing to do.

With six defeats in the first six games of the season, a Wembley win in May seemed a long way off.

But Warnock, dogged and competitive, knew he was on to a good thing and quickly turned things around.

“I think we lost the first five or six games and were bottom of the league in September and, in fairness to Dan, he was very supportive at the time.

“There was a game at Bury, I think we scored five goals and never looked back from there, really.”

It was the shot in the arm everyone wanted. Warnock was convinced he was able to be successful at Home Park and six wins from the next nine league games was the kick start the side needed.

It was after the turn of the year when the Greens began to put their foot on the accelerator and Warnock’s side made a charge towards the top of the table.

Following a 1-0 loss away to Northampton Town at the end of January, Argyle went on a 10-match unbeaten run which saw them put themselves in contention for promotion.

By this stage the squad, which had seen a bit of an overhaul in the summer, was beginning to gel.

“It was a great dressing room; you had local lads like Martin Barlow and Mickey Evans, I signed Adrian Littlejohn from Sheffield United, we had Ronnie Mauge - it was just a great mix.

“It’s unusual to get them all to blend straight away, we didn’t have the best start as I have said, but that gloom began to lift.

“We had so many different characters, everyone fitted in really well.”

The Pilgrims surged towards the end of the season in a run of form which saw them win five of their last seven games.

That put them fourth and pitted against seventh placed Colchester United in the play-offs.

Warnock’s men hadn’t beaten Colchester all season and fell to a 1-0 loss in the away leg in Essex.

But, in front of the biggest league crowd of the season, an inspired performance saw the Greens turn that deficit around and win the game 3-1 in dramatic fashion.

“It was so important that we managed to get past Colchester.

“I was sent off and jumped straight over the barrier into the crowd. It was quite difficult shouting instructions on from the middle of the fans, but it was fantastic.

“I still am not sure what Paul Williams was doing in the opponents' box, he’d never been there all season and I think that just summed up the way we were.

The Greens headed to the capital full of hope and enthusiasm.

20-odd thousand members of the Green Army made the pilgrimage east hoping for a first promotion in 10 years.

In their way, Darlington.

The scenes after the final whistle were incredible and are still talked about now.

They say playing at Wembley is only worth it if you win, and boy was it worth it that afternoon.

“I still get goose-pimples talking about that day now.

“I remember on the way back down to Plymouth from Wembley there were people with heads out of sunroofs, people stood up in cars, scarves being waved all the way down the motorway – goodness know what the police thought.

“I feel so proud myself, that I played a part in some happy times here.”

You can hear the full interview, with Neil Warnock, on next week’s episode of the Argyle Podcast.