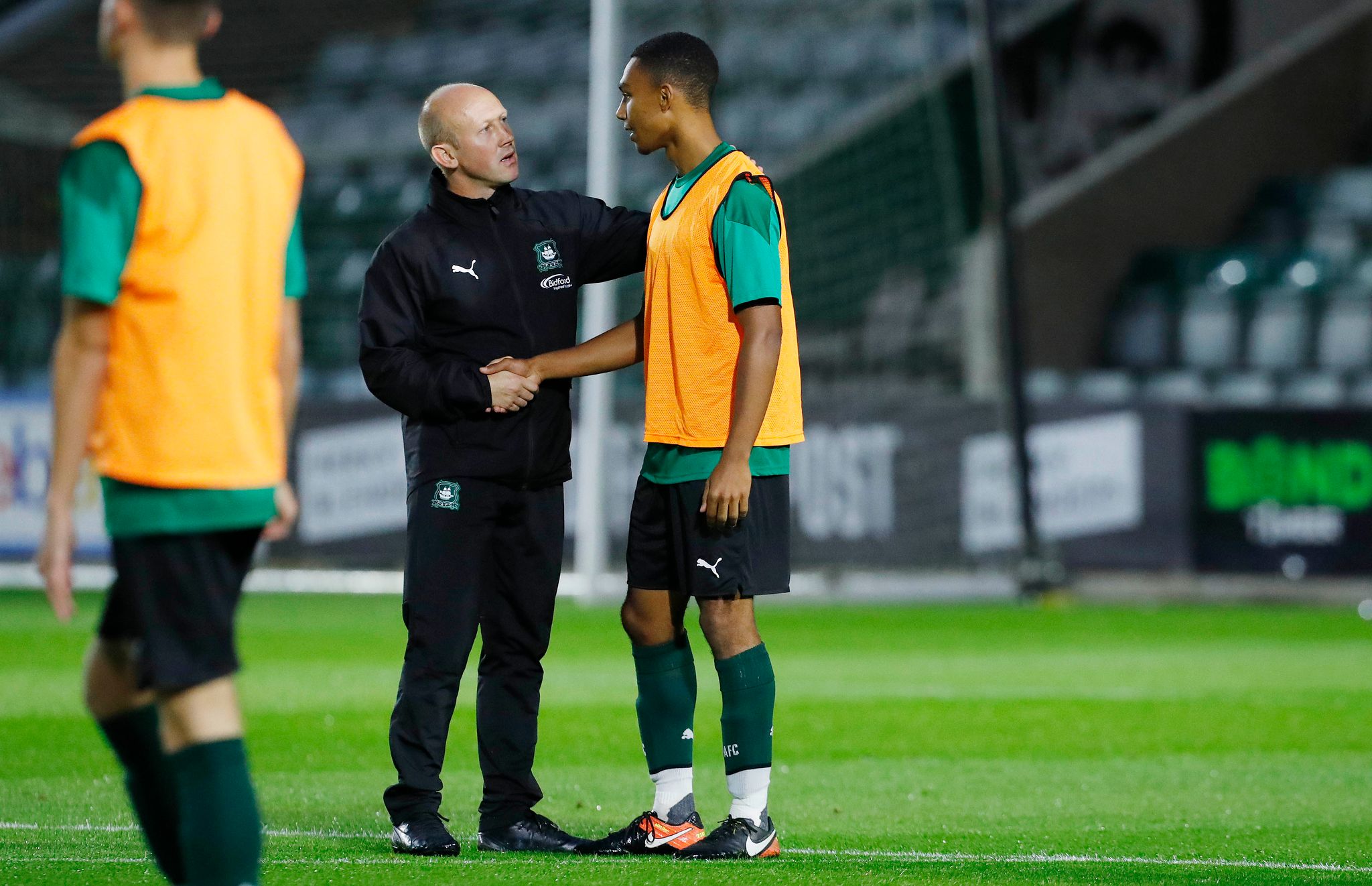 Darren Way wants his young Greens to finish as winners as they prepare to take on Oxford United under-18s on Friday.

They know that three points at Harper’s Park will ensure they are crowned champions of the Youth Alliance Merit League One.

Having fallen to their first defeat last time out, they have a second chance to make sure the trophy comes to Plymouth.

Darren is confident that the players will have the right mindset heading into tomorrow’s fixture.

He said, “The players understand they’ve got to hold their nerve and play with that control and patience.

“We’ve said to the players they owe it to themselves, their teammates to make one last big push and hopefully we can have a good performance.”

Last weekend’s uncharacteristic defeat to Portsmouth meant Gillingham went to the top of the table, finishing their campaign unbeaten and with 22 points.

Darren spoke about their reaction this week, “They’ve shown a huge amount of bounce-back-ability.

“Training has been excellent; the standards have been really high.”

“Unfortunately, we all have bad performances every now and again, and they’ve not had many.

“It’s great they’ve gone down to the final game in a very, very competitive league to have it in our own hands.”

Argyle have already faced Oxford in the regular Youth Alliance campaign, most recently beating them away from home in a 3-1 victory back in January.

Sharing his insight on the opposition, Darren said, “They’ve got a lot of pace and power on the counterattack, which we’ve got to be aware of.

“We’ve always had competitive games against them, and they always come with a real fire in their belly.

“We’ve got to make sure we match that and play our style of play, our way of football that we’ve done since the start of the campaign.”

Much like the final day of the Youth Alliance campaign back in February, only three points will be enough to walk away as league victors.

Darren is hoping his side can go one better this time, “It’s been a fantastic effort from this group.

“Players, staff, we all feel proud of what we’ve achieved this year whatever happens, but I just want to make sure the players finish a winner.”