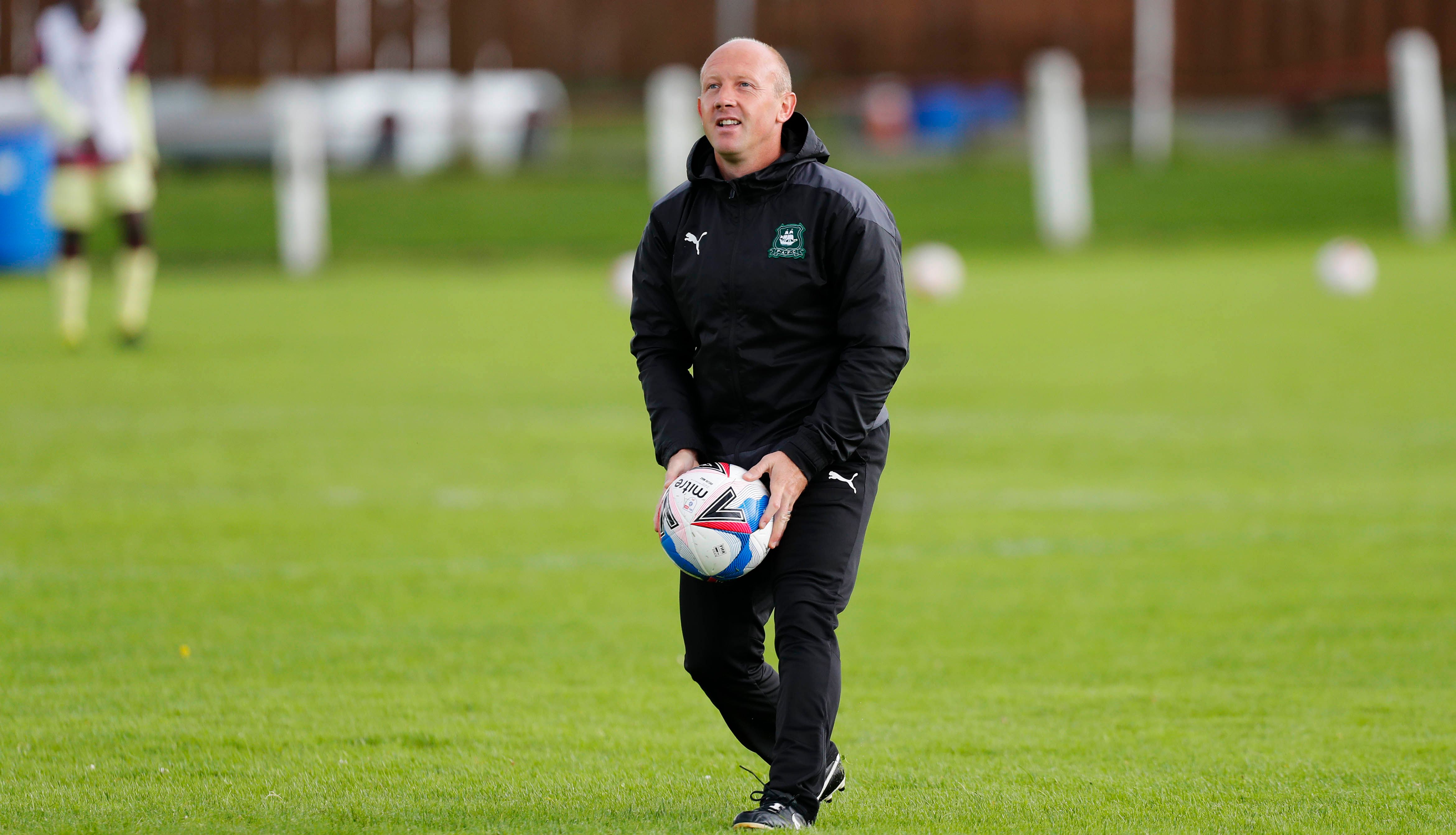 Darren Way praised a ‘fantastic second half performance’ after his young Greens came away with a 1-1 draw away to second place Gillingham in EFL Merit League One on Saturday.

Oscar Massey’s brilliant headed finish early in the second half was cancelled out with two minutes of added time left to play in what was a difficult game for both teams to fashion chances.

“It was well taken and an excellent finish from Oscar Massey”, Darren said.

“I thought the second half was a fantastic performance.

“There was a lot of fight and contact on a bobbly pitch and we had to make sure we earnt the right to play.

“But, unless you concentrate for 90 minutes plus, you always leave yourself open and exposed for an opportunity to score.

“We come away with that one lesson to make sure that we don’t make the same mistake again.”

Argyle made the 400-mile plus, round trip, looking to extend their perfect start to the league to four wins out of four.

However, it was never going to be easy and in the warm Kent sunshine the sides cancelled each other out in a tight encounter.

On further reflection of the game, Darren said, “They tried to play over us every time and therefore you have to stand up to that and when we get positioned, we have to stay calm.

“It’s up to me make sure they remain positive and don’t get themselves too down because I know how important it was for them to keep clean sheets.”

The draw leaves the young Greens as front runners in the league and Gillingham remain second, having played an extra game.

Darren finished by assessing what will be key going into next Saturday’s home game against AFC Wimbledon, “I think it’s a different type of game when you come away compared to Harpers Park.

“You can get the ball down, there’s a little more timing and movement to the runs, and that’s where we like to play.

“We’ll make sure we use that to our advantage going into this next game and stay super positive because the lads have not lost in this league campaign, and that’s really rewarding.”