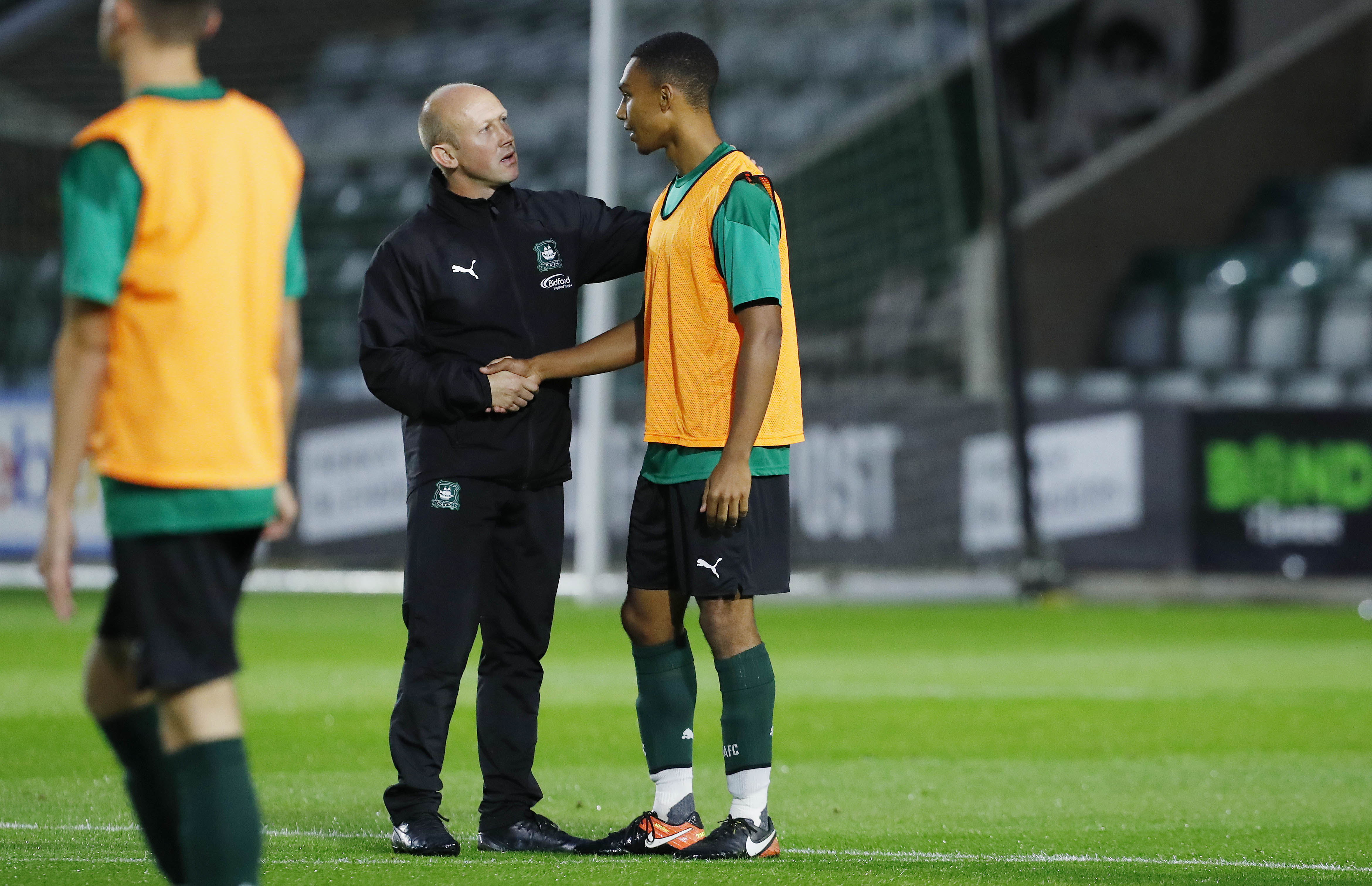 Darren Way was proud of his young Argyle players after they saw off a spirited Mangotsfield United side to progress to the second round of the FA Youth Cup.

Playing at Home Park, the Greens enjoyed a lot of possession and came up against a stubborn defence.

A second half goal from Jamal Salawu was the difference on the night and Darren feels that his players should take a lot of credit for the way they performed.

Speaking after the game he said, “I thought we started the game very brightly.

“It wasn’t an easy task; they took their goal very well. When the game was a 1-1 there is always that little bit of anxiety.

“I feel proud of the players that they stuck with it.

“The most important thing is that we’re through in the FA Youth Cup and the players have to take credit for that.”

Having failed to progress from this stage of the competition for the last three season, all eyes were on the Academy side.

First team coaches Kevin Nancekivell and Steven Schumacher were in the crowd along with manager Ryan Lowe.

Darren felt that the added pressure of the occasion could have got to his players, but they came out with plenty of positives.

He said, “We haven’t come up against a block so far this season so in terms of development that is a good learning experience.

“They had a lot of players behind the ball, and we had to work out different ways to try and break them down.

“The biggest thing is that they handled the situations with parents watching on, with first team staff and the gaffer [Ryan Lowe] in the dressing room and I felt they dealt with that really well.”