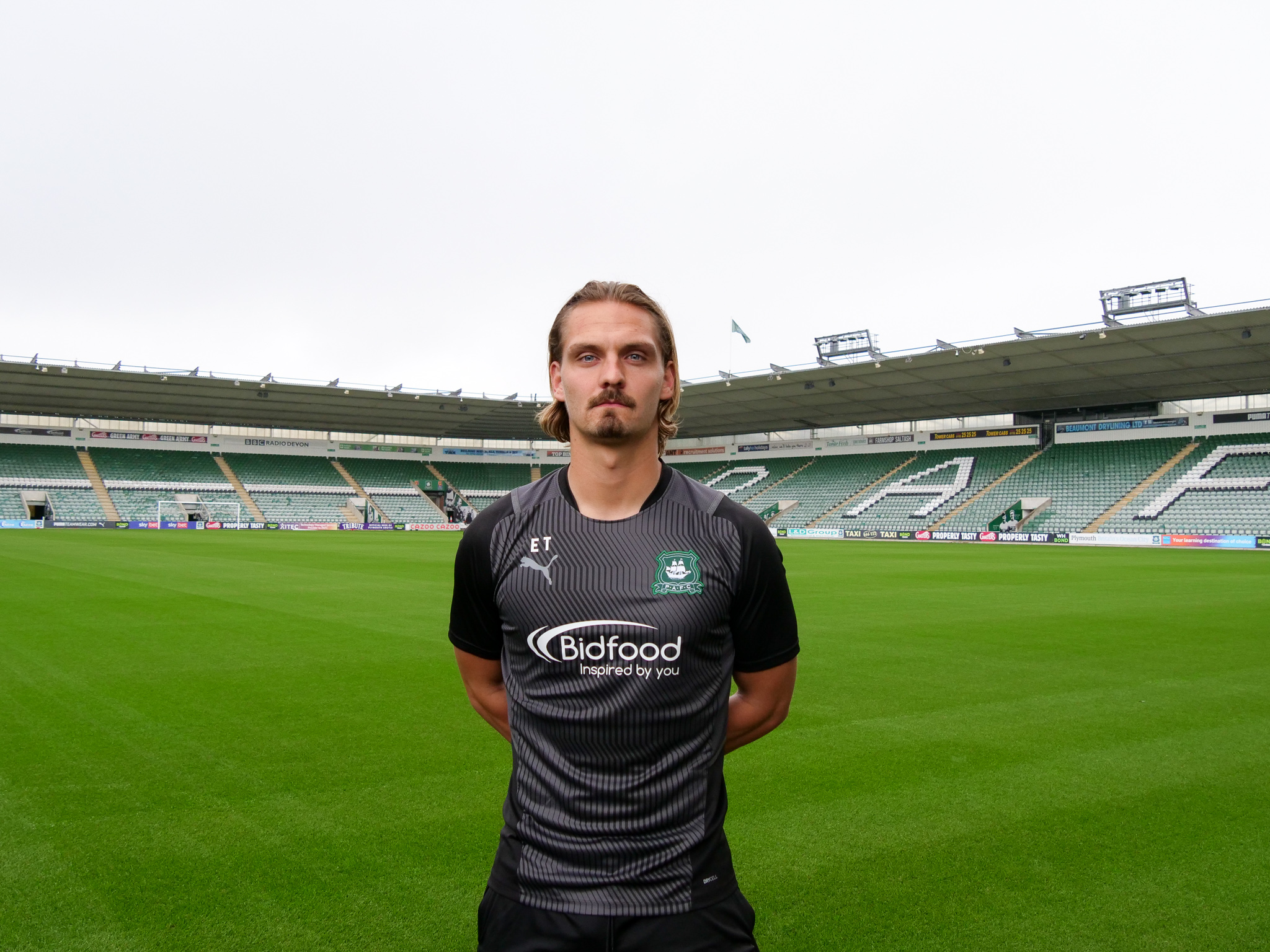 Argyle’s new head of Fitness and Conditioning, Elliot Turner, has spoken of his excitement of starting his new role.

The 27-year-old has joined the Pilgrims from National League side Solihull Moors and cannot wait to implement his ideas with the squad.

“John [Lucas] has been here for a couple of years and has done an amazing job.

“You don’t want to change stuff too soon but at the same time you want to try and make it your own.

“The philosophy here has to be recovery – there is a lot of travel.

“I think it’s the best thing for a manager to keep the same eleven on the pitch all the time. I then have to build a robust squad to be able to supply that and create an 85% availability within the squad.

“If the gaffer can have eight out of eleven players each week that’s a good thing – that’s what my job is.”

Elliot began his footballing journey as a player in the Wolverhampton Wanderers academy and went on to be a pro at Shrewsbury Town.

It was during his time at Wolves that an interest in fitness and fitness coaching started.

“From a young age I have been interested in it.

“Until I was 16, I was in the Wolves academy, and I first started to really understand the conditioning side of things, it was something new at the time.

“It was something that was really interesting for me. I finished playing when I was 21 but I think if I’d had a long career, I would have gone into this anyway.

“Obviously I came into it a little bit sooner than I would have wanted but I am happy with that.”

After he finished his playing career, Elliot went to the University of Worcester to study Sport and Exercise Science.

His first job after graduating was in professional rugby with Worcester Warriors, after that he moved to Shrewsbury Town working under Paul Hurst as the club reached the Sky Bet League One play off final in 2018.

After Hurst moved on, Elliot left Salop and went to Kidderminster Harriers where he worked for two seasons before joining National League side Solihull Moors at the start of last season

Elliot said, “I loved it at Worcester, it was a big eye opener. All I ever knew was football and I was thrust into a rugby environment.

“I then wanted to get into football and went to shadow the guy at Shrewsbury Town.

“He then handed his notice in after a couple of weeks, so I was kind of thrust into the deep end.

“I have been able to develop my philosophy, working on things, making a few mistakes and learning from them.

“The clubs I have been at have worked high up in football, so the demands have been high. I have had to match these demands in my role and develop quite quickly.”