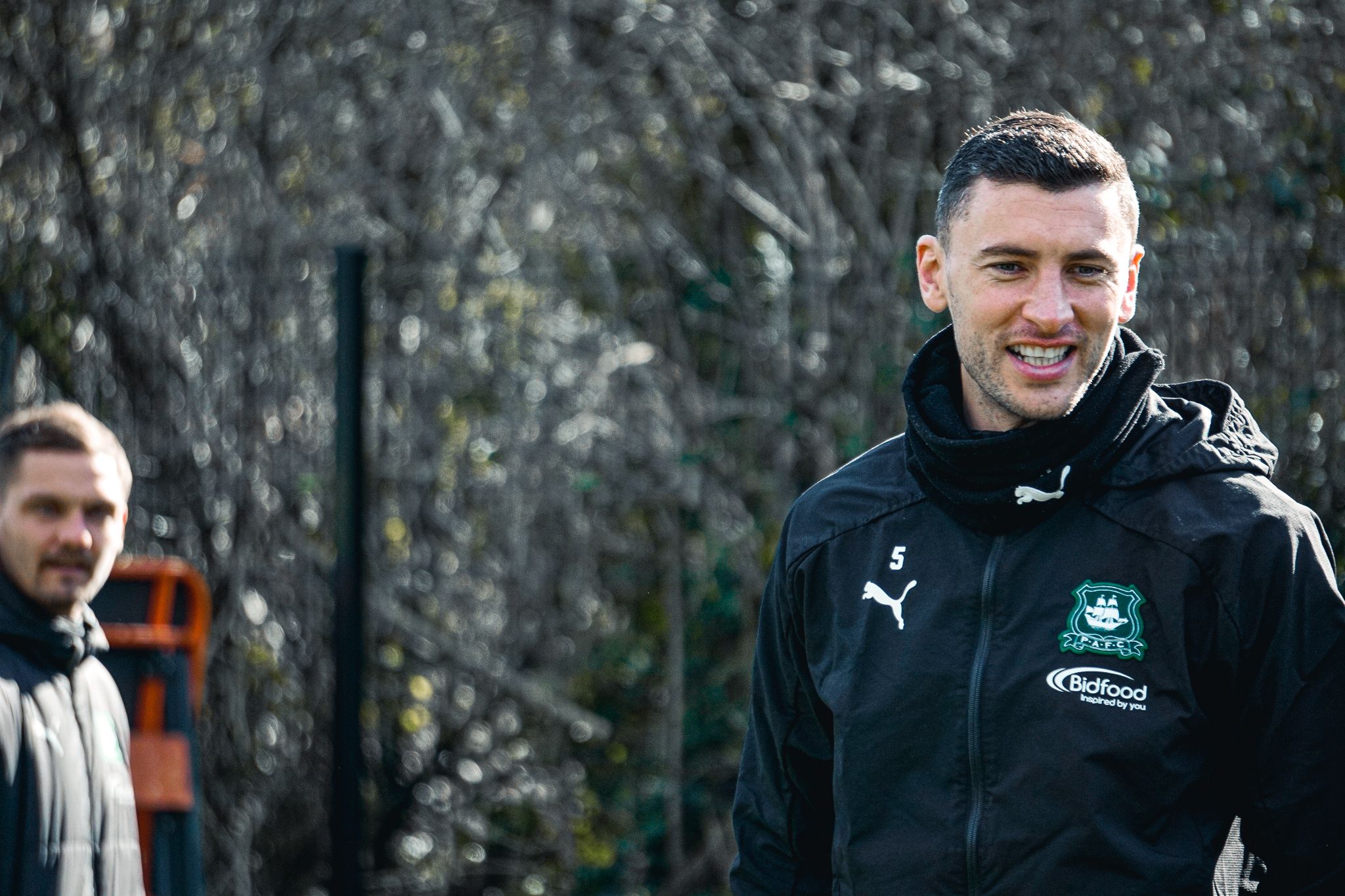 Wilson excited by play off push

Defender James Wilson is working to ‘get the job done’ as Argyle look to secure a play off place in Sky Bet League One with 11 games left to play.

They take on Bolton Wanderers this weekend looking to continue their current good form.

The Greens have a game in hand on all other teams in the play off places and a win in that game would take them level on points with fourth placed Oxford United.

“I think this is what it all comes down to”, James said, looking at the final stretch of matches.

“This is what you look forward to every year, this final bit of the season.

“We’ve got some massive games that we’re all looking forward to.

“I think the last two games are really important. I know they’re against teams at the bottom of the league but sometimes they’re the toughest ones.

“I think everyone can bring their own bit of wisdom to take, no matter how long they’ve played.”

The final games will taste even sweeter for both players and staff. A successful Emirates FA Cup run has asked a lot from the team, but now all eyes are focused on the task ahead, “We’re excited, but we want to get the job done.

“We’ve put ourselves in a really good position. This is the final push”.

And the final push has started. Argyle have won six of their last eight, managing to maintain four clean sheets in their last four wins.

James told us more of the process to get to defensive stability, “We had a week where it was really bad, we had to address it as a team.

“Credit to the boys that we’ve come out with the last six games and got those results because before that we had a really bad week, we let in a lot of goals.

“It’s good we have addressed that and hopefully we carry on.”

Argyle are enjoying their best vein of form in 2022 so far. James acknowledged the importance of momentum, “I think everyone knows how important those games were.

“I know Saturday seemed like it had a bit of a tense atmosphere and wasn’t an exciting game, but for us it was a professional game, so I think that’s what we took from it.”

“That is the main aim, to take away the wins definitely.”

James also revealed what it’s like to play alongside Joe Edwards, a player and friend James has played with a number of times over the years, “There’s been friends I don’t like playing with.

“It’s great both the attacking but more importantly, the defensive side.

“I always know he’s going to go above and beyond to help me out and hopefully I can do the same for him.”

“I love playing with Joe, and I love him as a bloke as well, so it helps.”

James finished by explaining his and his team’s desire to experience the Argyle away atmosphere on Saturday against Bolton Wanderers, “We’re excited to get them in.

“We love the fans coming away. It’s one of the best bits about being a player. We’re all looking forward to that.”