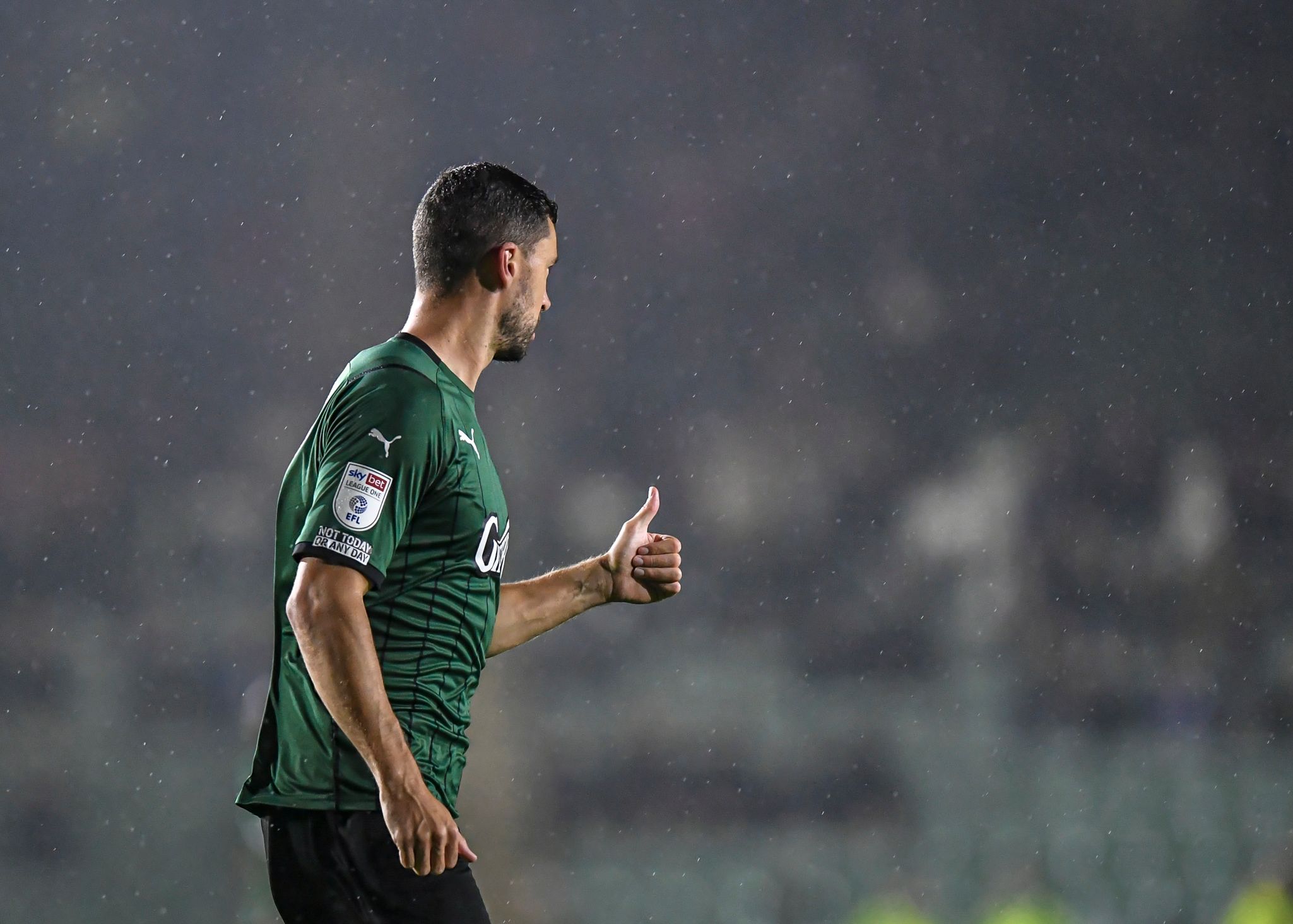 James Wilson believes that Argyle are only going to get stronger this season and has hailed the determination within the changing room.

Speaking ahead of Saturday’s Sky Bet League One fixture with Ipswich Town at Home Park, the former Blues defender explained that the players are still wanting to improve on the performances they have already put in this season.

He said, “We’ve got to keep it up, we have a point to prove after last week. We are going to need that determination throughout the season.

“We have the bit between our teeth this weekend definitely.

“It’s a great atmosphere, it always is when you’re winning and doing well. We just have to keep our feet on the ground.

“The changing room is full of really good boys, and everyone is really grounded.”

James, a former Wales international, spent two seasons at Portman Road and won the club’s Player of the Season award last time out.

He also played in Ipswich’s 1-0 win over Argyle in Suffolk in March and remembers his time their fondly.

He said, “I did really enjoy playing there. The first year was great with the fans even though we didn’t achieve what we wanted to.

“There has been a massive change there, I don’t know a lot of the boys now even from last season.

“Its’ like any other game, there are plenty of other teams that I have played for before.”

Argyle are currently on a 14 match unbeaten run in the league and go into Saturday’s clash top of the table.

Much of the praise throughout that run has been aimed at the improved defensive showing from the Greens.

James has been a big part of that alongside fellow new signings Jordan Houghton, Dan Scarr, Brendan Galloway and Macaulay Gillesphey, but was quick to credit the coaching for the way they have been performing.

He said, “That is all down to the staff and the way they set us up. Everyone knows their jobs and it makes playing so much easier.

“We have James Bolton coming back as well, so we are only going to be stronger as the season goes on.”