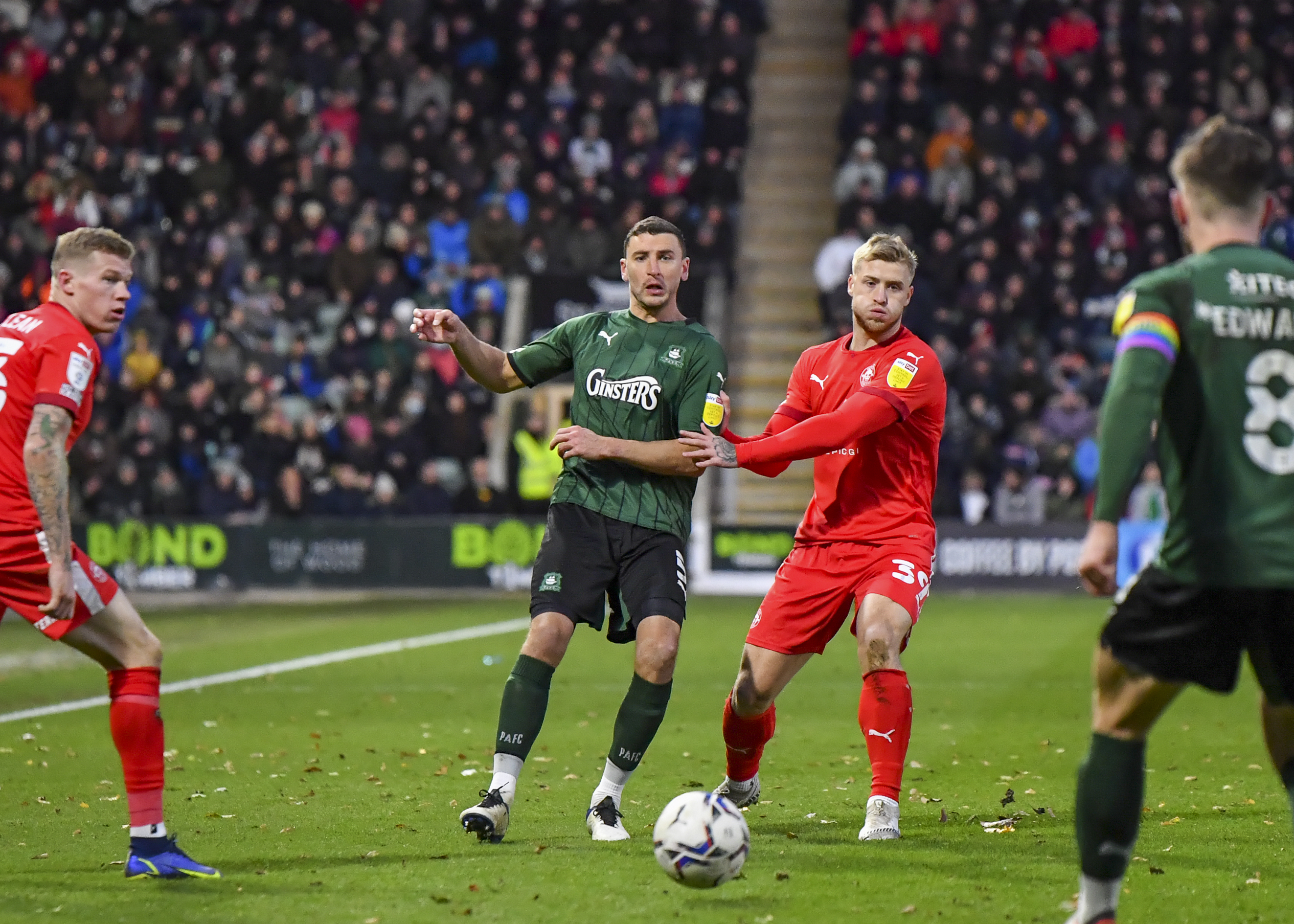 “Frustrating” was the main word being banded around after Argyle fell to a third straight defeat, going down 2-1 to Wigan Athletic at Home Park.

The Greens looked to have got a point against one of the in-form sides in the division, but a late Callum Lang goal gave Wigan the victory.

Speaking after the game James Wilson expressed his emotions to falling to another defeat.

He said, “Disappointing is definitely the overriding emotion I think we played good football at times but again we have given away two very sloppy goals and that is very frustrating.

“Obviously the last three results haven’t been ideal, but I don’t think we have been hammered in those games.

“We need to do better in that moment, it’s the 90th minute, we have to be more savvy.

“We have had the discussion; it has been a bad week but that is all it can be – we have to move on and kick on next Sunday.”

Despite the disappointment, the Greens are still fourth in the table and have picked up 36 points from the 20 games played.

James was quick to point this out but did warn that the players need to turn their fortunes around as quickly as possible.

He said, “We’ve had a really good start; we really need to turn a corner now and go again next week. I think all of the boys are comping at the bit to put it right.

“You are obviously confident when you’re playing well, and we want the fans to come here and be enthusiastic.

“We want to have that pressure on us and be up there at the end of the season, we just have to deal with it and deal with it better that we have this week.

“We’re nearly halfway through the season and have played most teams in the league. I don’t think anyone has really got the better of us.”

Argyle will get a chance to get back to winning ways when they travel to Rochdale next weekend in the Emirates FA Cup.

They take on the Sky Bet League Two outfit on Sunday, 5 December at 12:15pm for a place in the third round.