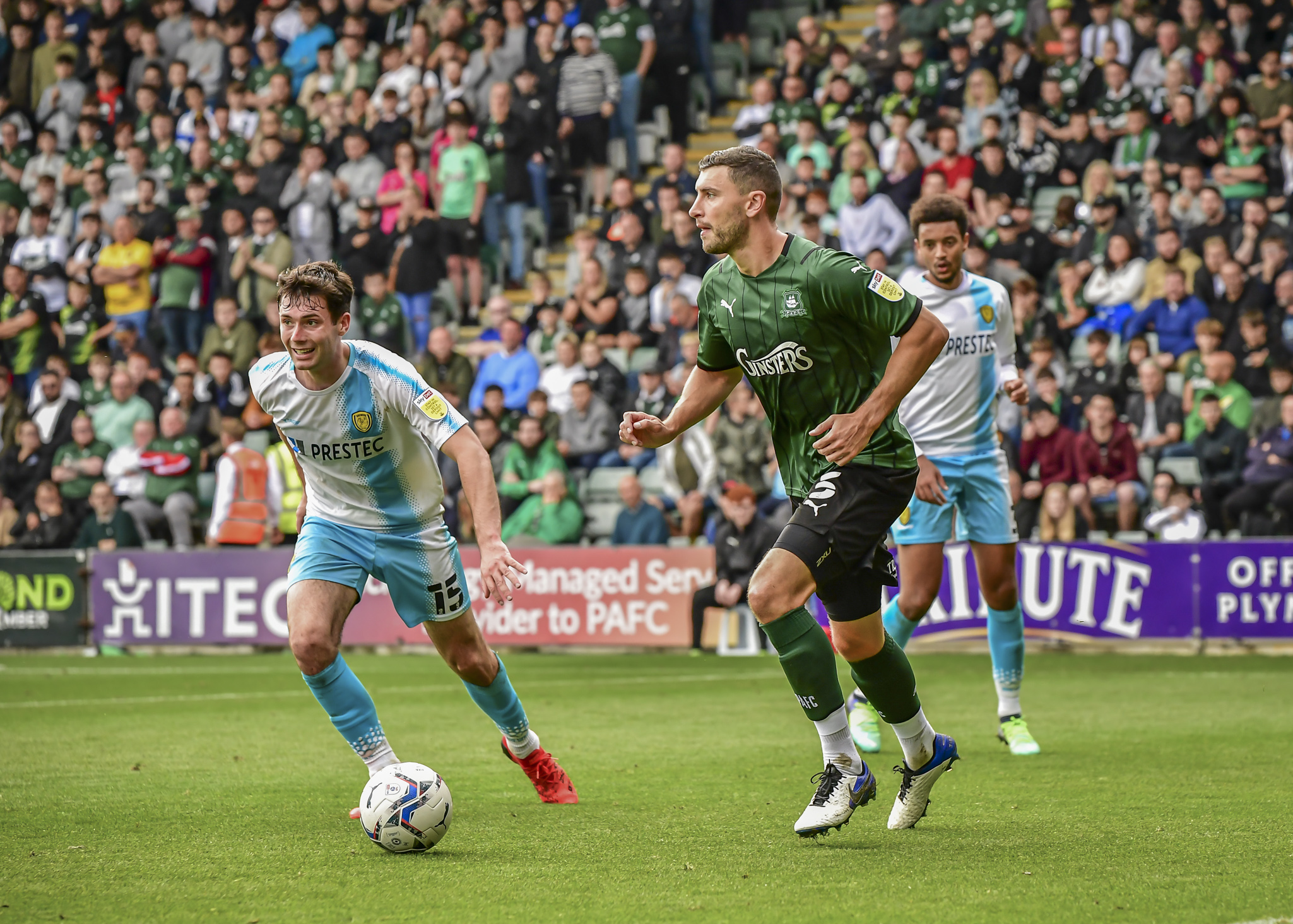 Argyle’s 2-1 win over Burton Albion on Saturday was down to the work and planning that was put in on the training ground, according to defender James Wilson.

The centre back, who was recalled to the starting line-up after missing the last game due to concussion, admitted that a lot of work had gone into to preparing for Burton.

The Pilgrims’ second goal in particular, was picked out by Wilson as something that had been drilled into the players all week.

Mike Cooper launched the ball, over arm, from the penalty area to get Ryan Hardie free. He then found Ryan Broom in the middle who finished coolly.

James said, “You saw that a few of the lads went to Coops for the second goal and it was something we worked on.

“They leave all players up from corners which played into our hands in the end.

“It’s all well and good us working on it in training but we are putting into performances which is great.”

Like the manager, Wilson also praised the supporters in the way they helped the players get over the line when it got tight towards the end of the game.

Almost 12,000 members of the Green Army were inside Home Park and James believes that they had an impact on the performance.

He said, “They have a massive influence.

“At a lot of places I have been before the fans get a bit twitchy towards the end, here it’s the opposite they really push us on.

“I thought we ended the game really well and that was down to them.”