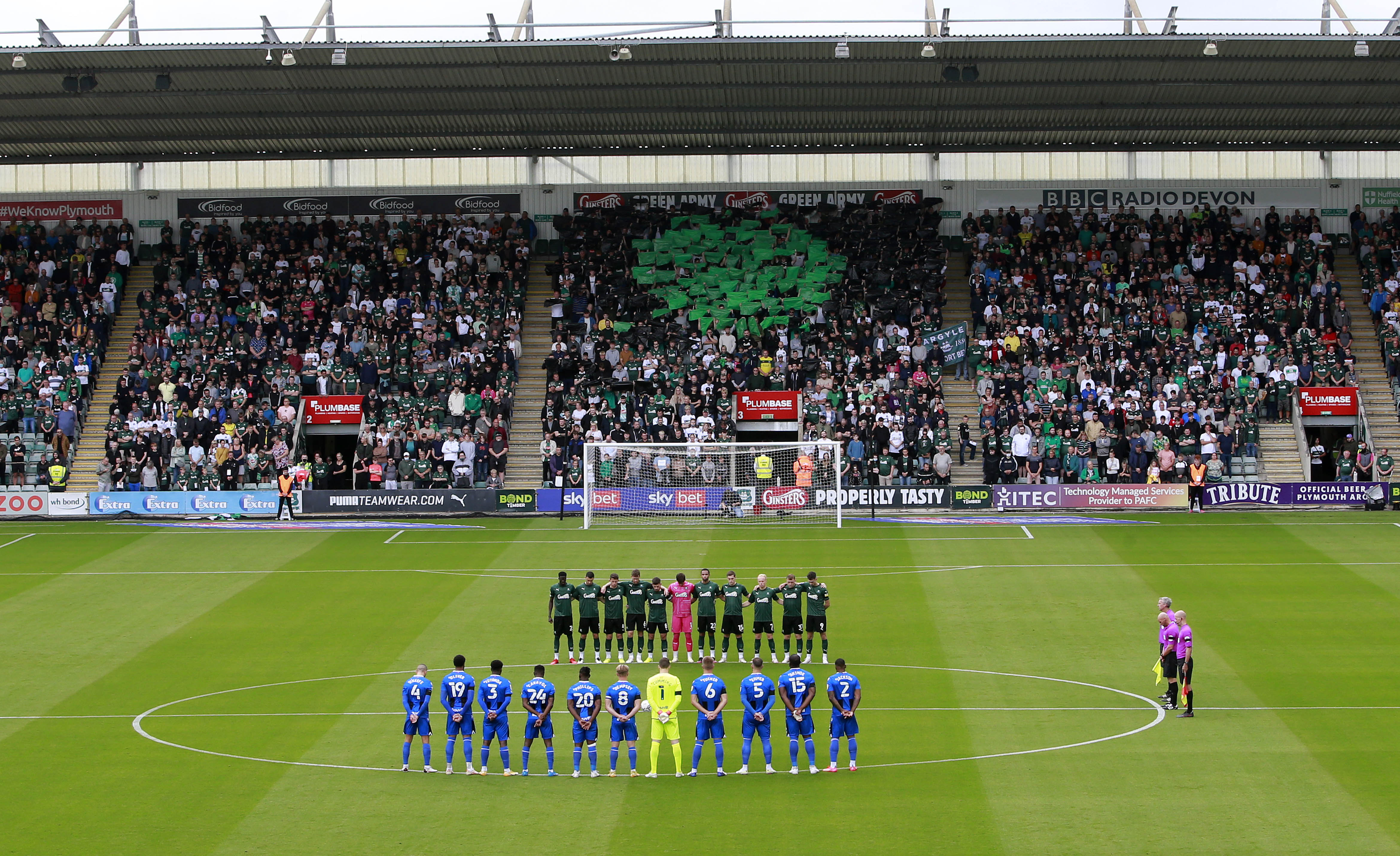 A win for the City

“There was only one winner today and that was the City of Plymouth.”

The words of Ryan Lowe immediately after Argyle picked up their first win of the Sky Bet League One season, beating Gillingham 1-0 at an emotional and noisy Home Park.

The Argyle players and staff warmed up wearing white t-shirts, with #PlymouthTogether printed on and both the Greens and Gillingham, along with the whole stadium stood for a minute’s silence before kick-off, to pay respects and remember everyone affected by the tragic events of Thursday night.

The Pilgrims couldn’t have done more – a 1-0 win, but a classy performance to go with it, sent the 10864 supporters home happy.

It was clear to see that the players had an extra desire to get the win on Saturday and that was the message from the manager. “I said to the group that it’s important they represent what happened and we did.”

Luke Jephcott scored the only goal of the game, but it was a match full of Argyle chances.

Before to opener, Jephcott himself had gone close with a header, Dan Scarr nodded narrowly over and Panutche Camara had a couple of shots from range.

Argyle were on top, they just needed to break through – thankfully they didn’t panic.

Ryan said, “We knew it was going to come. We know what Steve Evans teams are going to do, we know how they’re going to play, it’s effective for their way.

“The second half we looked superb. I knew we were going to get a chance because of the running and the movement from our midfielders and strikers.

“We had to keep doing the right things and we know that if it falls to Luke Jephcott in the box, he’s going to hit the back of the net.”

Despite the majority of the chances going to Argyle, Gillingham carried a real threat going forward in the shape of Vadaine Oliver and John Akinde.

Both have played well and scored against the Pilgrims in the past and were physical and powerful throughout the game.

And although they got into some fairly good positions, Argyle ‘keeper Mike Cooper was pretty much untroubled.

Ryan said, “Teams are going to come here, sit off and try and get us on the counter. But what we have done this year is we’ve strengthened with the back lads and all of them have been superb. “

It was also the first time in 525 days that a full set of supporters have been back inside Home Park and it was great to see so many back inside the ground.

Almost 11 thousand were in the stadium and helped spur the players on.

Ryan said, “Ultimately when the players see the fans like that, we have to try to keep the performances up to keep them coming through the door.

“It was a great performance from the fans today as well.”