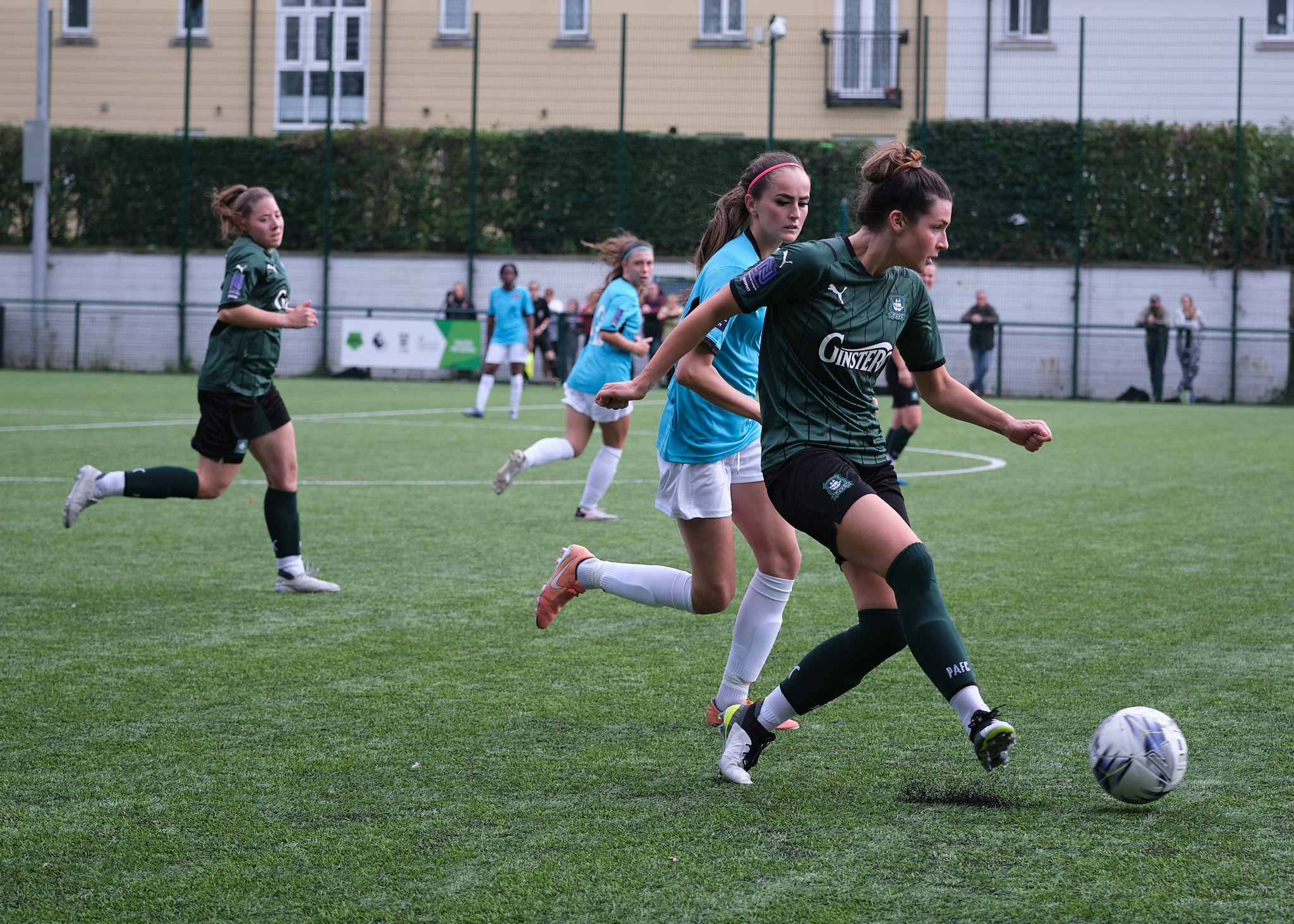 The Greens have played just six times in the league so far with goalkeeper Poppy Soper regularly getting called up to the Wales squad.

Their last game was a fortnight ago, a game which saw them knocked out of the Devon County Cup, losing on penalties to Devon rivals Exeter City.

Before that the Pilgrims had won two of their previous five but are hoping for more success in the league.

They have won once in the FA Women’s National League so far, beating Keynsham Town 5-1 back in August.

Sunday’s opponents have been in top form all season. They are top of the table and have won all nine of their league matches.

As well as leading the way on points they have the second best goalscoring record with 33 and have conceded just 3 times. Only Southampton have better defensive record.

Sunday’s game will be the first time Argyle Women have played at Home Park this season and manager Ryan Perks knows it will be a big occasion.

Speaking ahead of the game he said, “It will be a great opportunity to play at Home Park and hopefully we can get a good crowd in and I know everyone is looking forward to it.

“We will treat this as any other normal game. Ipswich are flying this season, they’re unbeaten and are a top team.

“The players have applied themselves well in training despite not having a game last week.”

Tickets are still available to buy for the game, which kicks off at 2pm.

Blocks 10-14 of the Lyndhurst Stand will be open for the game with away fans also welcome to book tickets.

For more information on tickets, visit or call the Home Park Ticket Office on 01752907700 or go to www.argyletickets.com.