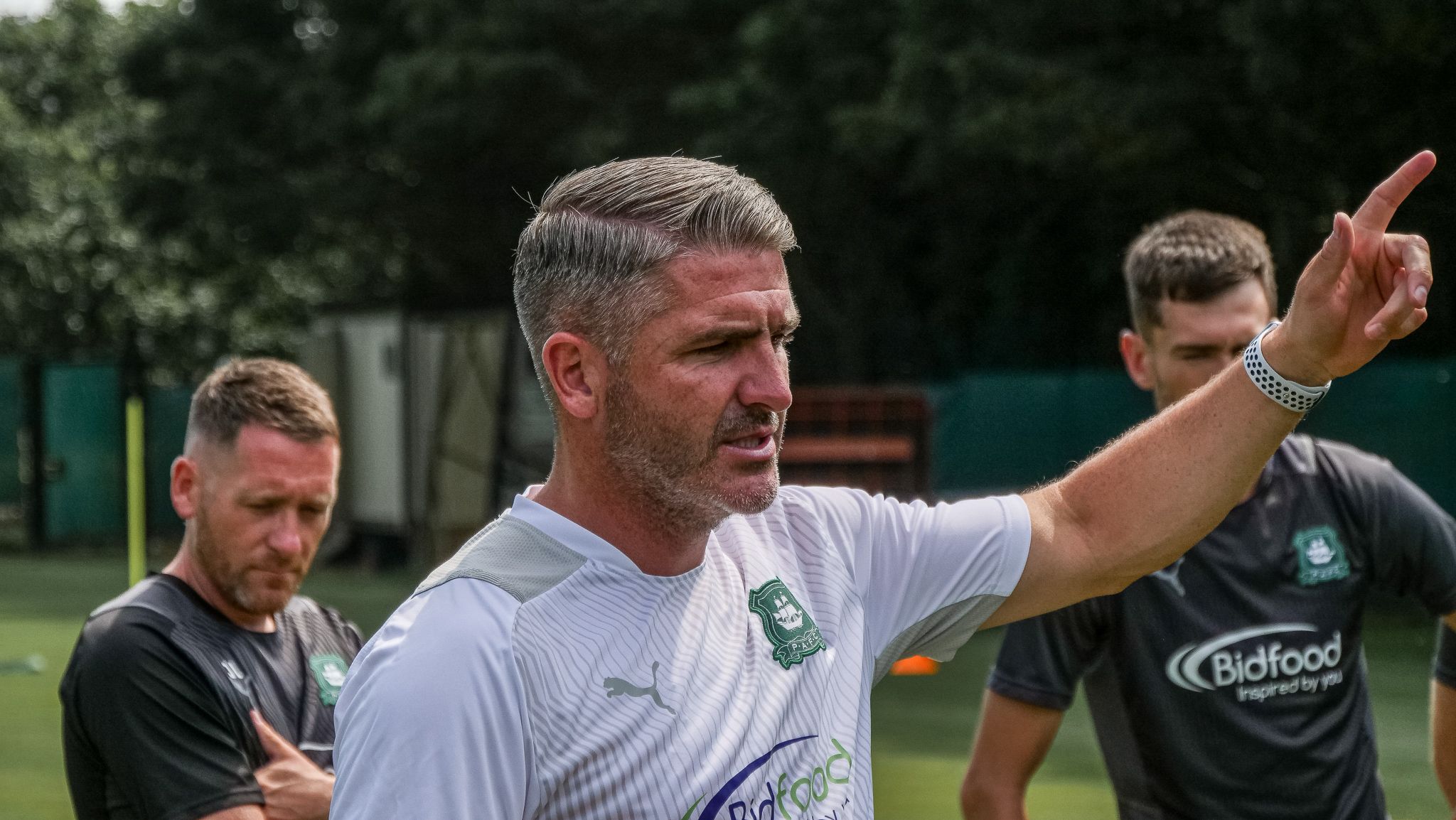 Argyle are preparing to take on Bristol City for their final home pre-season fixture of the summer.

The Pilgrims have tested themselves against two Sky Bet Championship sides already, losing 2-1 to both Swansea City and Middlesbrough.

Despite the results, the performances in those games have been encouraging, with Argyle having large spells of the play in both matches, creating a number of goalscoring chances.

Tuesday will see Championship opposition once againt travel to Home Park when Nigel Pearson brings his Robins side to Devon.

Bristol City have drawn two and won one of their three pre-season games so far.

A 0-0 draw with Celtic was followed up by a 3-3 draw against Portsmouth. Then, on Saturday, goals from Saikou Janneh, Tommy Conway and Nahki Wells gave City a 3-1 win over Milton Keynes Dons.

Ryan Lowe has been delighted with the way Argyle’s pre-season has gone so far and has been encouraged by the performances against sides from a division higher.

He said, “We’ve got two tough games coming up in Bristol City and Torquay United. We want to finish pre-season on a high.

“It’s been a fantastic pre-season so far, not only are we back playing football with fans, but we’ve got a lot of youngsters around the squad as well.

“I’m more than happy – I think the last two games have shown that in Swansea and Middlesbrough.”

The Greens finished the game on Friday, against Middlesbrough, with ten home grown players on the pitch and then just a day later a young side played out a 0-0 draw with Tavistock AFC.

The performances of the Academy players in the squad has been a huge plus for Ryan and his coaching staff.

He said, “A lot of the youngsters will stay with us until the end of pre-season and then we’ll see what we need to do and what needs to happen with some of them.

“It’s a great learning curve for the kids, these are opportunities that they’re hopefully going to continue to get.”

Bristol City had an indifferent campaign last time out, finishing 19th in the Sky Bet Championship but were never really threatened by relegation.

Nigel Pearson took over at Ashton Gate in February and winning two of his 14 matches last season.

So far this summer they have made three signings, bringing in former Leicester City midfielders Matty James and Andy King along with Oxford United defender Rob Atkinson.

There will be a couple familiar faces on show in the red of Bristol City, former Argyle loanees Zak Vyner and Tyreeq Bakinson are both in the Robins’ squad for the game.

With just under two weeks until the start of the 21/22 Sky Bet League One season, Ryan is keen to make sure his squad is in the best shape possible for that trip to Rotherham on Saturday 7 August.

He said, “I’m more than happy with where we are and how we’re paying and the fitness levels of the boys.

“Come the last week of the pre-season you never know what might come, whether it’s an injury or an illness, and so we have to make sure all the lads are game ready.”

Tickets are still available for the game which kicks off at 6pm on Tuesday 27, July. They can be purchased at the Home Park Ticket Office, by calling 01752 907 700, or online at www.argyletickets.com.