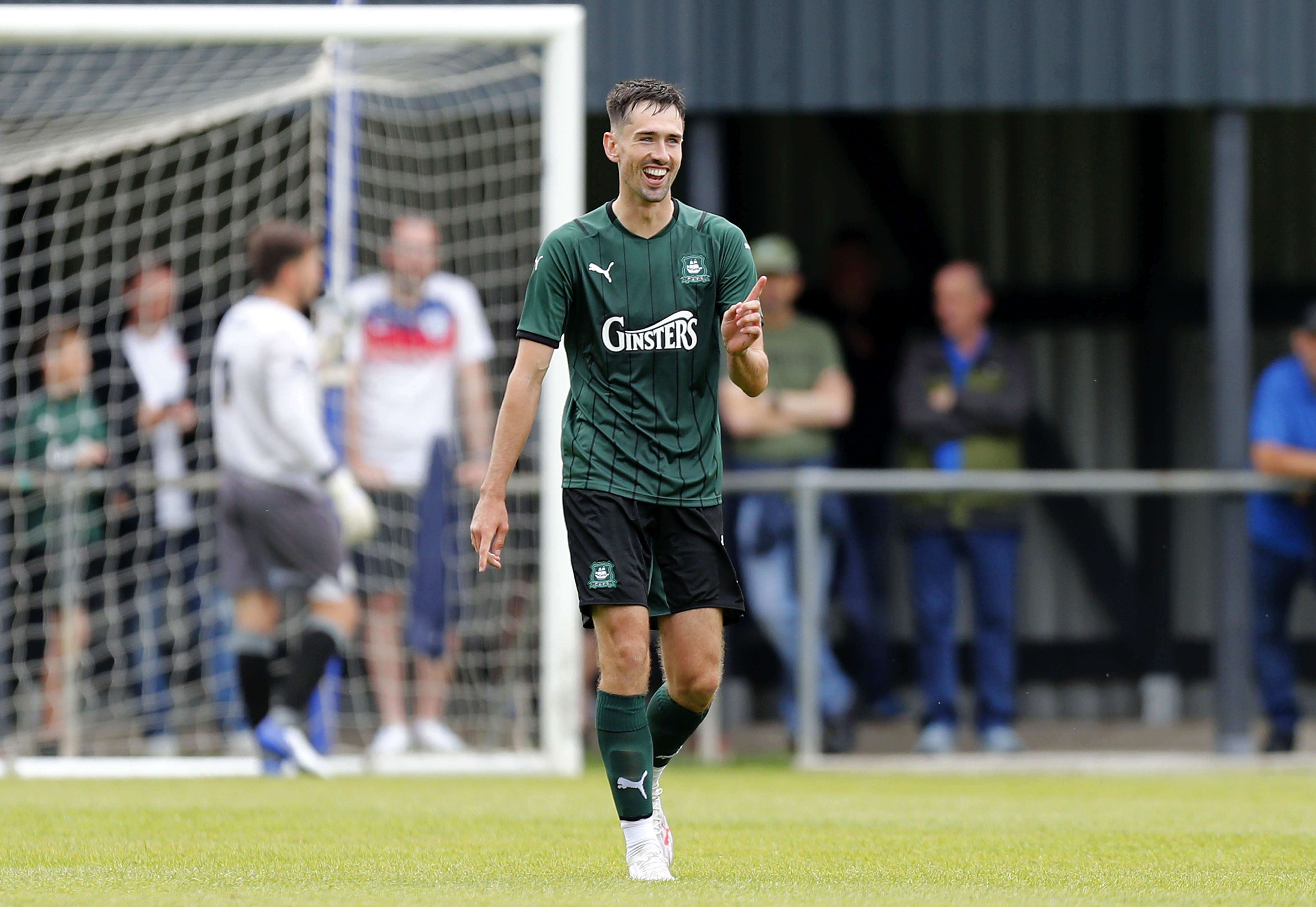 A glut of second half goals followed, with Ryan Hardie’s penalty on 50 minutes preceding a Luke Jephcott header and an opportunistic effort from Panutche Camara.

Argyle Academy product River Allen pulled one back for Parkway from the spot, before a current scholar of the Greens’ youth system, Oscar Rutherford, rounded off the scoring with a fine individual effort five minutes from time.

The Greens grabbed control of the encounter from the outset on a wet, but pristine, surface, with Danny Mayor’s signature quick feet creating room for captain Joe Edwards on the right, but his low driven cross was forced to safety.

Argyle’s control of the midfield was causing havoc in transition, but a series of good opportunities went begging at the final ball, with striker Luke Jephcott, midfielder Conor Grant and wing-back Ryan Law all seeing crosses defended bravely by their Southern League counterparts.

The breakthrough came on the half-hour. After a series of corners, Houghton’s delivery finally proved too much, and was punched directly upwards by Parkway ‘keeper Kyle Moore – with Galloway and defensive colleague Dan Scarr waiting to prod it over the line.

The second half began with the same players on the field, and the same intensity. Hardie latched onto a ball in the right channel and his touch took him into the box, with former Pilgrim Ryan Lane adjudged to have caught him late. The Scottish striker dusted himself off to fire the spot-kick beyond Moore.

Jephcott, Hardie’s strike partner, pleaded his case to take the spot-kick, but it mattered not, as he found himself on the scoresheet just a few minutes later, rising highest at the near post to power a header home from Grant’s exquisite corner.

A flurry of changes followed, and one of those introductions, Panutche Camara, would add the fourth – his trademark willingness to run down lost causes paying dividends.

Chasing a ball over the top, Camara arrived second to Parkway stopper Moore, but took advantage of a loose touch to steal possession and roll home.

As the game drew into its final stages, Argyle manager Lowe opted to give the next crop of Academy talent an opportunity to impress, and it nearly yielded a fifth – when substitute Angel Waruih’s measured cross found striker Rhys Shirley at the back post – he timed his run to perfection to beat his marker, but his header bounced narrowly wide of the far post.

At the other end, Jordan Copp tumbled over the foot of Oscar Massey in the box, and Allen slotted straight down the middle, with Burton diving away to his right.

In a thoroughly entertaining game of football full of goals, the best was saved for last – as wing-back Oscar Rutherford, a current Academy scholar, picked up the ball in his own half and carried it to the edge of the Parkway box, before his dancing feet made room for a left-footed effort which curled beautifully into the far corner.