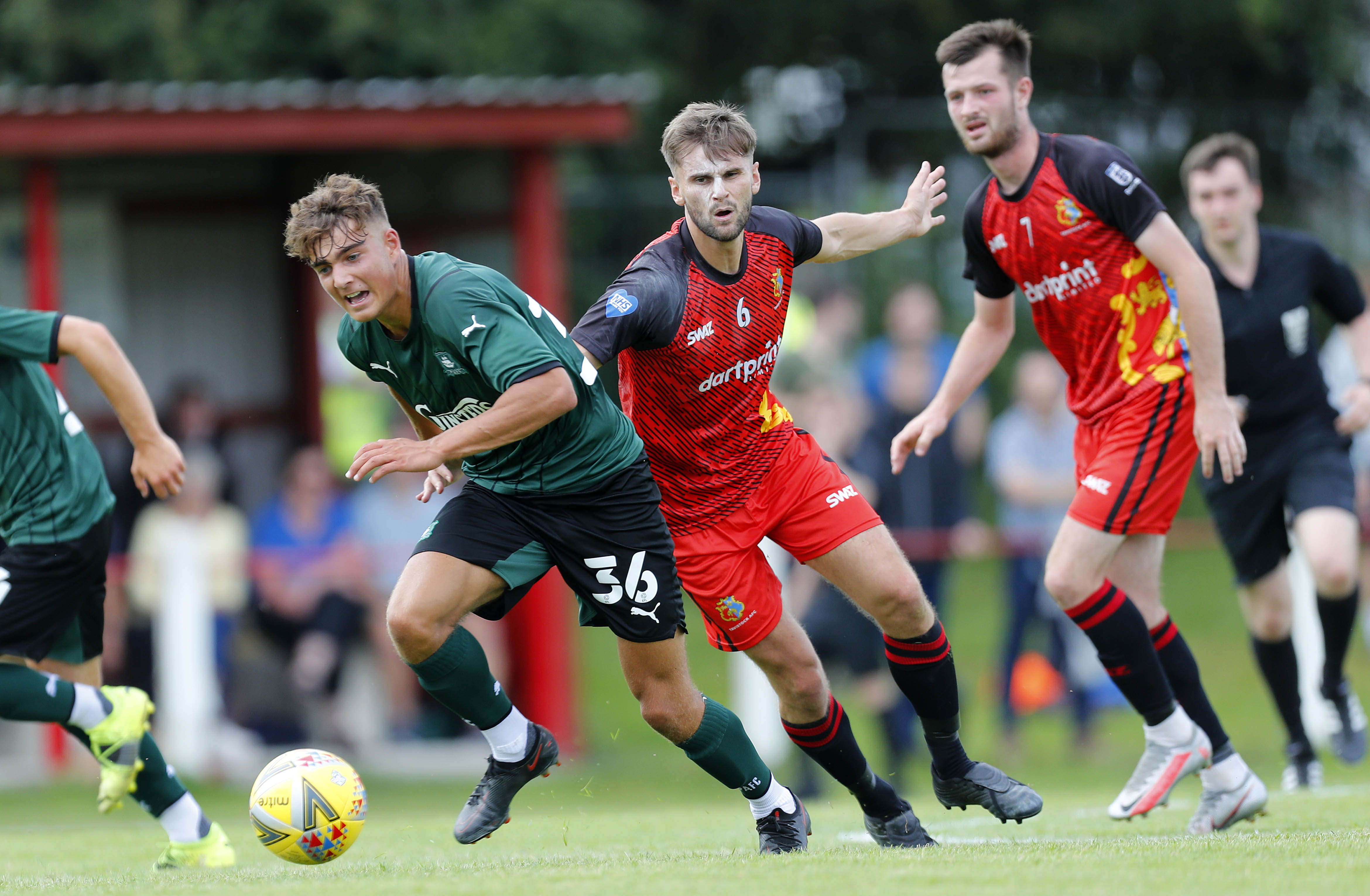 In their second pre-season friendly in as many days, a youthful Argyle side played out a goalless draw with Tavistock AFC at Langsford Park on Saturday afternoon.

Despite numerous efforts and good passes of play from an Argyle side chock-full of Academy talent, they were unable to convert any of their chances to leave Tavistock victorious.

Having played just 20 hours earlier against Middlesbrough, Argyle manager Ryan Lowe announced a team consisting purely of Argyle Academy products, past and present. A number of the side that were brought on in the closing stages of Friday night’s fixture against Boro started for the Pilgrims, with the young side marshalled by 37-year-old Luke McCormick in goal.

Both teams started positively, with some lovely football played by the young Pilgrims, and their first attempt came in the 11th minute as Oscar Massey fired a cross towards the far post, with the clearance met Angel Waruih at the edge of the box, shooting a low effort towards goal, but the ball was gathered by Tavistock goalkeeper Josh Oak.

Shortly afterwards, they tested the Lambs’ stopper again, with energetic striker Rhys Shirley racing through the defence before firing at goal from a tight angle, only to be denied by Oak.

From the flurry of corners that followed, a set-piece routine was played out between Finley Craske and Carlo Garside, before Craske delivered a deep cross into the box, which was headed just fractionally over the top of the goal by Ethan Mitchell.

Tavistock’s first effort came in the 18th minute as they were awarded a free kick and found themselves in the box, but Argyle’s solid defence saw the effort denied.

With just under ten minutes remaining of the first half, and following some more promising play from the young Greens, another chance came as Shirley sent a brilliant cross from the left of the box, which met the head of Mitchell, but the flag was raised for offside just as the ball was flicked over the bar.

Shortly before half time, Luke McCormick denied Tavistock a lead as Josh Grant improvised well to volley at goal from an awkward angle, with the Argyle ‘keeper evidencing the shot-stopping prowess that helped him forge such a successful EFL career.

It was 15 minutes into the second half that Argyle had their next goal opportunity, as Shirley swiftly made his way down the channel, ran around his marker and passed to Jamal Salawu, whose scuffed effort was held by Oak.

Seconds later another chance was in Argyle’s grasp as Garside picked up the ball from deep, sprinted to the edge of the box and curled an effort narrowly over the crossbar with his left foot.

15 minutes from time, the hosts came closest to breaking the deadlock, with Grant’s cross from 35 yards out deceiving everyone before bouncing back into play off the post.

Salawu was so close to giving the Pilgrims the win, with only a minute remaining, with an excellent effort from the edge of the box being tipped wide by substitute goalkeeper Jamie Castle.