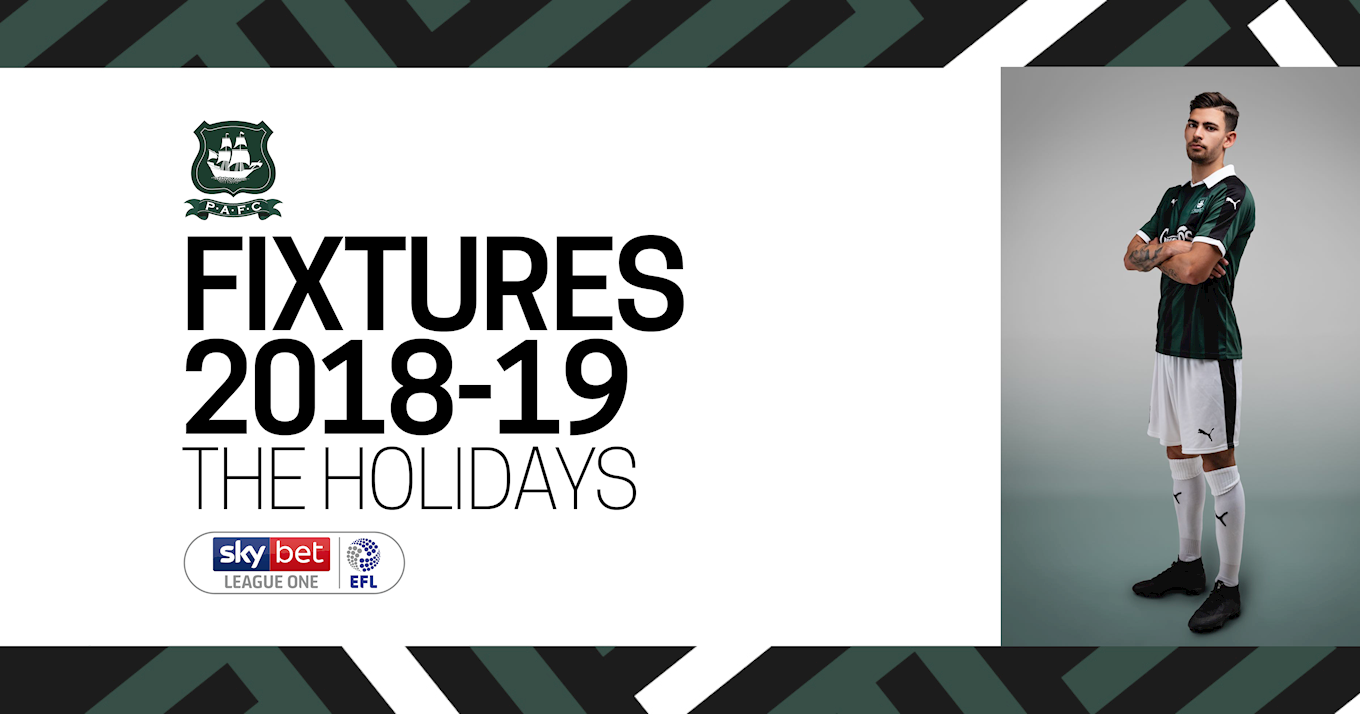 OUR annual Boxing Day fixture in the 2018-19 Sky Bet League One season will see us travel to face AFC Wimbledon.

Tuesday, January 1 sees our New Year’s Day fixture as the boys take on Oxford United at the Theatre of Greens, and we are also playing at home four days later, Saturday, January 5, against Walsall.

The Pilgrims’ first away match of 2019 is against Southend United, on Saturday, January 12.

The Easter period sees a Good Friday game at Priestfield Stadium against Gillingham on April 19, followed by a home fixture against Barnsley on Easter Monday, April 22.

All fixtures are subject to confirmation