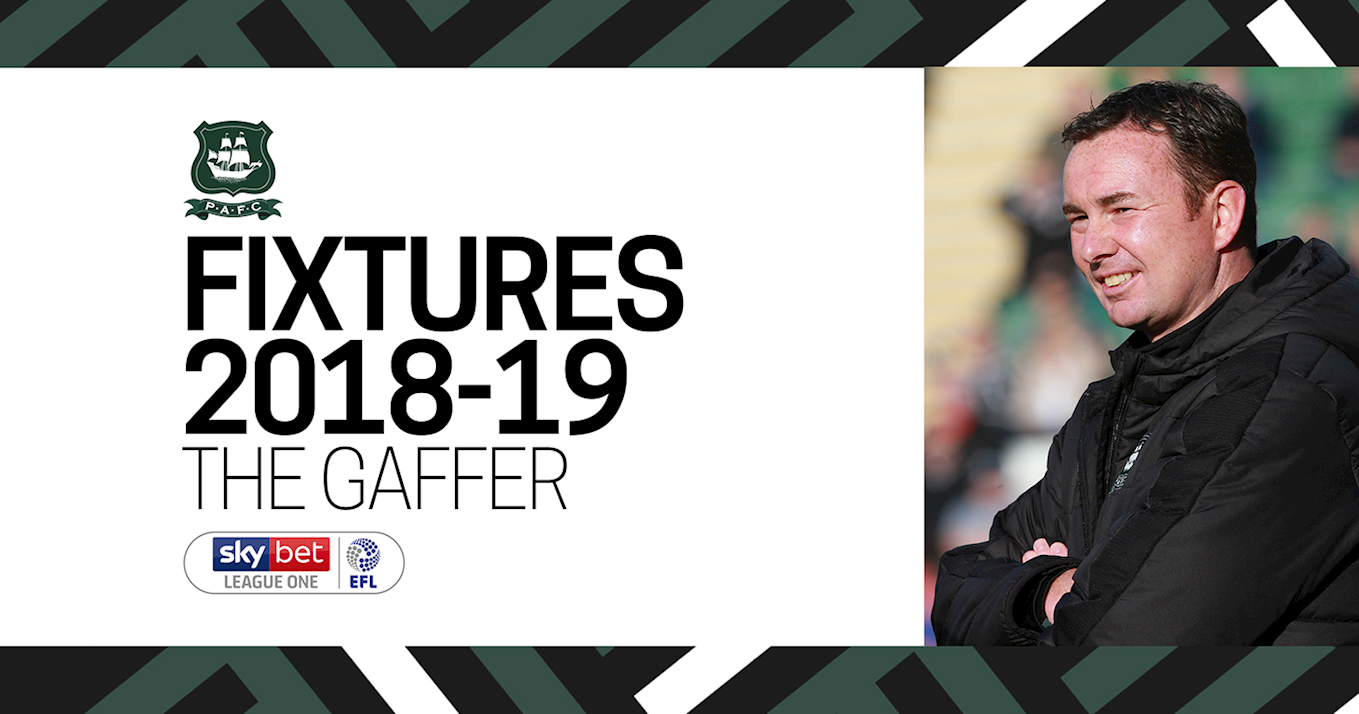 ARGYLE manager Derek Adams has welcomed the arrival of the 2018-19 Sky Bet League One fixtures, which sees the Pilgrims open their campaign at Walsall on August 4 and end it at Home Park against Scunthorpe United nine months later.

He said: “We're at home for the last game of the season, which we haven't been for the last couple of seasons, when we've played at Grimsby and Gillingham.”

Although the Pilgrims begin away from home, three of their first five fixtures are at Home Park and Derek said: “It is always nice to be at home at the start of a new season, when the pitch is in a really good condition.

"It will also give supporters the chance to see that the development of the ground is coming along.

“There's a slight issue with two away games after Christmas, on December 26 and December 29, which means we are going to have to do a lot of travelling.

“And it would have been better if the games against Portsmouth and Bristol Rovers had been slightly later and apart, instead of back to back.”

Among the new opponents for the Pilgrims are clubs with recent Premier League pedigree in Sunderland, Coventry City and Barnsley.

Derek said: “The quality of clubs that are in the league is improving all the time. It looks like another exciting League One season.”