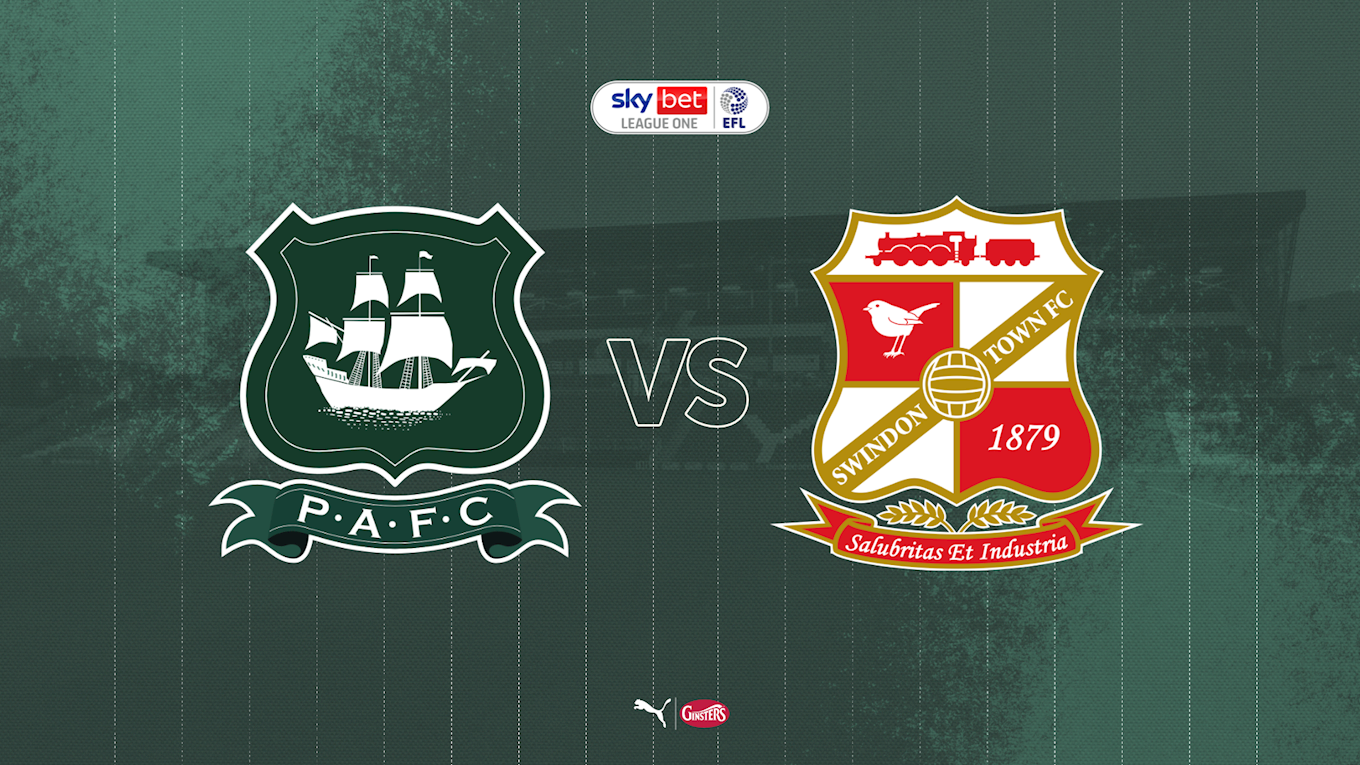 Argyle enter Tuesday night’s home game against Swindon Town looking for a win that could propel them back into the Sky Bet League One play-off places.

The Greens have enjoyed a very positive start to life back in the third tier, and their home form is up there with the best in the division – winning four of their opening five, and drawing the other.

Ryan Lowe’s side will not take the Robins lightly, though, with Richie Wellens’ charges the last team to have secured a league victory at Home Park, beating the Greens’ 2-1 back on New Year’s Day, as both sides vied for the Sky Bet League Two title.

The Pilgrims, who currently sit in 10th in the League One table, have not played since last Tuesday’s superb 2-1 victory over Doncaster Rovers at Home Park, enjoying a rare Saturday without a fixture as their trip to Accrington Stanley was suspended due to too many positive COVID cases in the Stanley camp.

The visitors, meanwhile, have experienced an indifferent start to the season, but arrested a slump in form with an impressive come-from-behind victory over high-flying Hull City at the weekend, with former Green Joel Grant netting the all-important winner, which leaves them 20th in the table.

Argyle are boosted by the return from self-isolation of senior professionals Niall Canavan, Scott Wootton and George Cooper, who are all eligible to return on Tuesday night, if selected.

Scottish midfielder Lewis Macleod is back on the grass following a knee injury, but is not likely to be risked, while long-term absentee Gary Sawyer continues to rehabilitate an ankle ligament injury sustained in the Papa John’s Trophy against Norwich City.

For the visitors, forward Diallang Jaiyesimi, who scored on Town’s last visit to Home Park, is doubtful, having missed out against Hull City at the weekend, but experienced hitman Brett Pitman and Ellis Landolo are both in contention for a starting return, having been introduced off the bench at the Energy Check County Ground last time out.

Jordan Lyden and Dion Conroy remain doubtful for the trip to Devon.

ARGYLE AT HOME TO SWINDON TOWN IN THE EFL

Bob Jack’s Pilgrims secured their first-ever goalless draw in the Football League 0-0 against the Robins in 1920.

2020 got off to an unfortunate start for Argyle fans, as the Greens narrowly lost out at home to the Robins in front of a bumper crowd on New Year’s Day.

Dom Telford gave Ryan Lowe’s men the lead in this League Two fixture after just 22 minutes, but unfortunately, he had to be substituted on the half hour mark because of a hamstring injury. Norwich City loanee Diallang Jaiyesimi equalised for the Wiltshire club on 35 minutes, and the prolific Eoin Doyle won it on 77 minutes.

Ray Bowden with a brace, John Pullen, Frank Sloan and Jack Vidler were our scorers for Bob Jack’s men. This was our second of nine consecutive wins in the Football League, a club record which was equalled in 1986.

Most goals in a single game: Seven, in a 4-3 win for Argyle in Division Three on Thursday, December 26th, 1974. Tony Waiters’ team were in the middle of a 16-game undefeated run and hitting top form. Colin Randell, John Delve, Paul Mariner and Billy Rafferty scored our goals.

A reminder: Tuesday's fixture is available to stream live worldwide for £10, while season-ticket holders can redeem their complimentary codes to watch the game at no extra cost. Supporters are reminded not to attend Home Park in person. Click here to purchase your match pass.