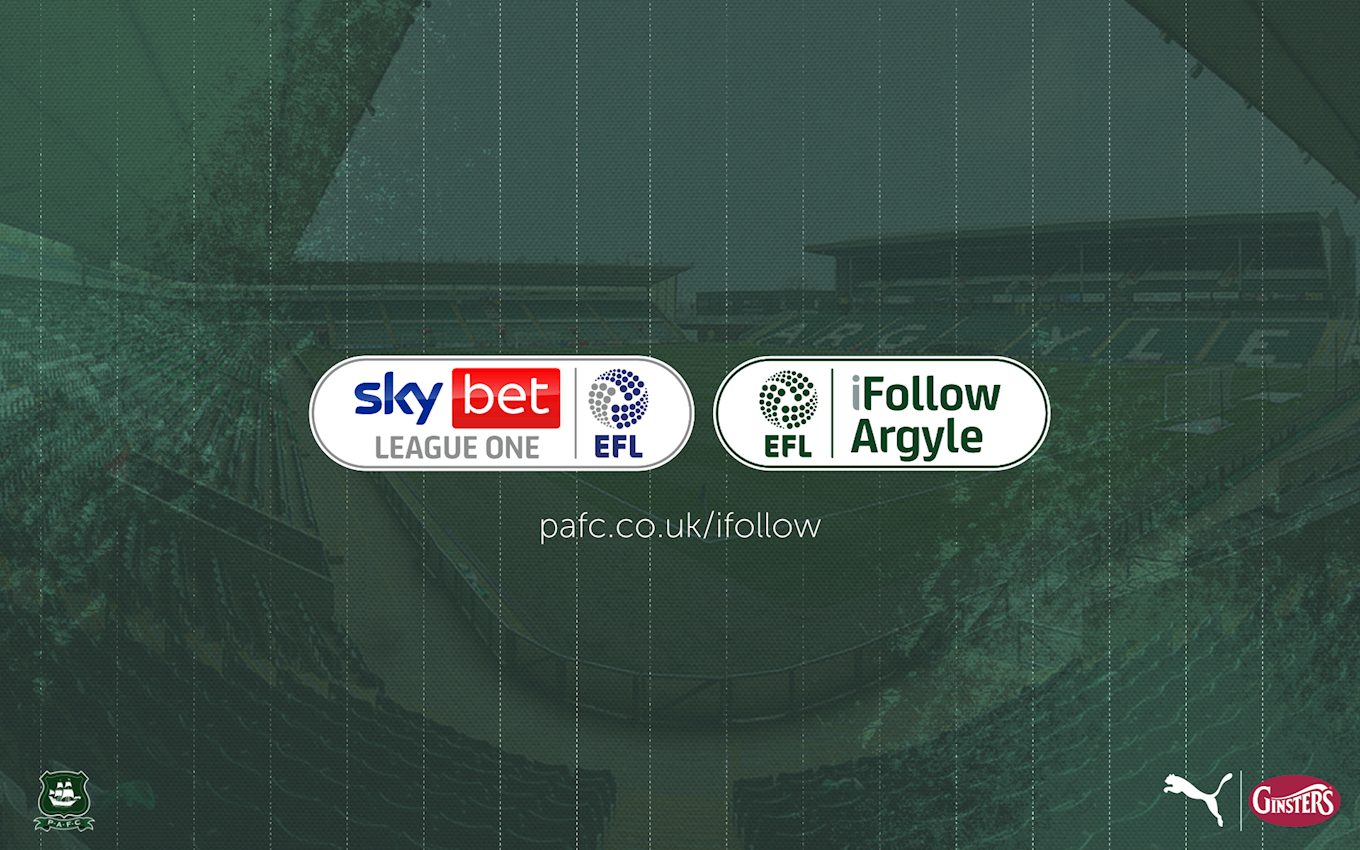 The EFL has provided a further update on the planned changes to the way season-ticket holders access their complimentary streams for home Sky Bet League One games.

As we announced earlier this week, the system is changing from a code-based approach to an email account system, which grants season-ticket holders automatic access to the Pilgrims’ home league fixtures until fans are allowed to return to Home Park.

Initially, this was scheduled to take place ahead of the home tie with Doncaster Rovers on Tuesday, 27 October, but has been slightly delayed. As such, codes will be sent to season-ticket holders for the Doncaster fixture, with the automatic access granted for the first time against Swindon Town on Tuesday, 3 November.

However, the deadline for the club to send our database of email contacts to the EFL for this process has not changed. As such, we remind supporters that they must ensure that their ticketing account details are the same as their iFollow account by the end of this week, or risk missing out on match passes.

Supporters can update their details by emailing tickets@pafc.co.uk, by visiting argyletickets.com, or by contacting the Home Park Ticket Office on 01752 907700. The Ticket Office is open between 9am-5pm on Thursday and Friday. A step-by-step video guide on how to update your ticketing details is available here.

Match codes for the Doncaster Rovers fixture on Tuesday will be emailed to season-ticket holders on Friday.