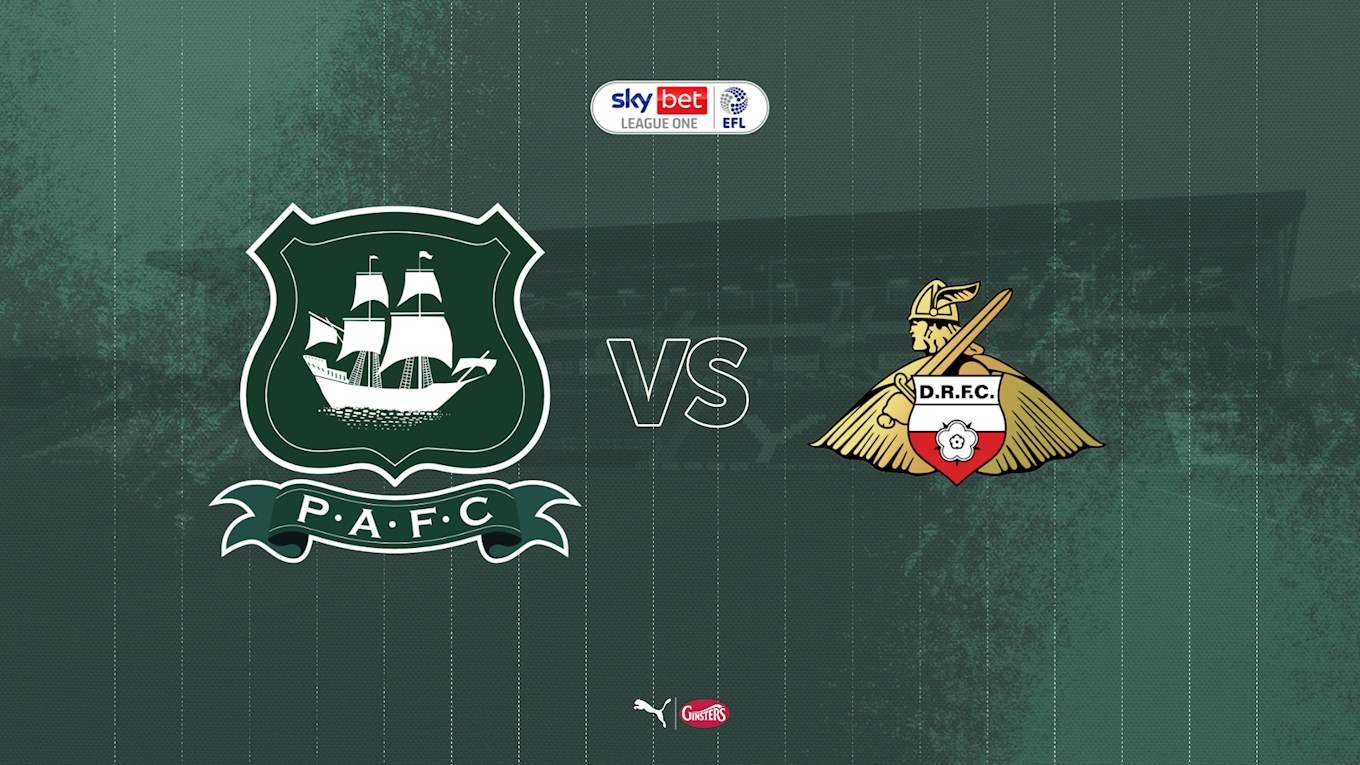 After Saturday’s 1-1 draw against Wigan Athletic at the DW Stadium, Ryan Lowe’s Pilgrims lie ninth in the table on 12 points, with Rovers sitting seventh on 13, following a home defeat to Crewe Alexandra on the weekend.

Darren Moore’s side entered the tie with the Alex in red hot form, having secured back to back wins over Portsmouth (1-0 away), and Ipswich Town (a thumping 4-1 home win) in the build-up. However, winger Josh Sims’ first goal for the club after joining on-loan from Premier League Southampton was not enough to prevent Donny’s second league defeat of the campaign.

Their only other League One loss of the season so far came away at Argyle’s most recent opponents, Wigan, by a 1-0 margin. However, resounding victories at home to Bristol Rovers (4-1), and away at Charlton Athletic (3-1), mean that the South Yorkshiremen remain hot on the heels of the top six.

Argyle have also lost just twice this season so far, the defeats both coming on the road against two of the top three, losing 1-0 against Hull City at the KCOM Stadium, before falling 2-0 to league leaders Lincoln City last week.

At home, the Pilgrims have been in excellent form, securing three wins, (1-0 against Blackpool, 2-0 against Burton Albion, and 2-1 against Northampton Town) and one draw, 1-1 against Shrewsbury Town, at Home Park.

The Greens’ task is made trickier, though, with a handful of players self-isolating due to contact with a positive case of coronavirus - although in-form midfielder and former Doncaster loanee Conor Grant may be in contention for selection following his own bout of COVID-19.

Midfielder Lewis Macleod remains side-lined by a knee problem, while club captain Gary Sawyer is a week or two away from stepping up his rehabilitation from an ankle ligament injury.

The visitors will be without Brighton & Hove Albion loanee Taylor Richards, but winger Jon Taylor could be fit for the tie, despite being forced off the pitch early into Saturday’s fixture, having overstretched to block a cross in the opening ten minutes of the defeat to Crewe.

ARGYLE AT HOME TO DONCASTER ROVERS IN THE EFL

After beating Barnsley 7-1 and West Ham United 4-1 in their previous two home games, Robert Jack’s men would have been disappointed to lose 1-3 to Doncaster back in 1935. Jimmy Cookson scored our goal.

Derek Adams’ bottom of the table Argyle extended their winless EFL run at the start of the 2018/19 season to ten games – a sequence which stretched to 12 matches when the 2017-18 campaign was included.

The Portuguese Ruben Lameiras equalised for us on 40 minutes after John Marquis had given the Yorkshiremen an 18th minute lead. Further strikes from Matty Blair on 57 minutes and Marquis again, on 90 minutes, sealed the win for Donny. Graham Carey’s fine finish in the fifth minute of injury time was a mere consolation, unfortunately.

A reminder: Tuesday's fixture is available to stream live worldwide for £10, while season-ticket holders can redeem their complimentary codes to watch the game at no extra cost. Supporters are reminded not to attend Home Park in person. Click here to purchase your match pass.