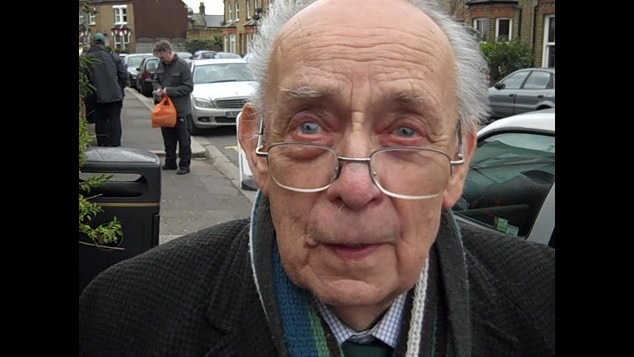 Members of the Argyle family past and present have paid tribute to the late, great, Peter Hall, who sadly passed away this week.

An Argyle man through and through, Peter famously served in a number of roles at Home Park through a long and distinguished career.

Beginning as a casual match day employee in the 1960s, Peter spent nearly half a century working at Argyle, working his way through the departments as a turnstile operator, groundsman, football administrator and, eventually, Honorary Life President of the club in 2007.

The club owes Peter a great deal of gratitude for his immense contribution to Argyle’s history and culture – which began with a chance meeting in a Mutley Plain pub in 1965.

Little said: “I knew Peter for many, many years before he came to Argyle – he worked in the offices at the British Railway, and I was secretary of the Plymouth and District League at the time, and that’s how I knew him.

“In 1965 I was appointed Club Secretary, and Derek Ufton was appointed manager at the same time. He said to me, on match days, that he liked to go for a light lunch at the Fortescue on Mutley Plain – and he asked if I would attend with him. It became a regular thing on a match day that I would go with him and have a light lunch.

“This particular day, we went in and who should I see but Peter Hall? He asked me whether there were any hopes for a job at Argyle, and I only had a small office staff at the time, so I said no.

“He said to me: 'I’ll do anything!', and so I asked him if he’d like to be a turnstile operator, and that’s how he started out at Argyle.”

Under Little’s stewardship, the club hired a number of semi-retired Devonport Dockyard workers to help maintain Home Park – Little referred to them as ‘Dad’s Army’ – and he invited Peter to join this team shortly after.

Little said: “We had, at one time, a group of young apprentices cleaning up the ground after matches, and I felt that that wasn’t right – so we got a group of retired Dockyard pensioners, electricians, shipwrights, and goodness knows what, working at Home Park to maintain the stadium – they were absolutely marvellous.

“I asked Peter if he would like to be one of ‘Dad’s Army’, and he said yes – so he was cleaning up the ground after matches on the Monday, and, in the close season, he would do sprucing up – painting around the ground. When the players started pre-season, I can remember looking down at the Devonport End and Peter would be there painting the goalposts.”

“After a while, my assistant secretary at the time was close to retiring, so I thought about Peter. I spoke to him, and he took the job. It had to go through the Board of Directors, they had somebody else in mind, but I pushed for him to get the job and he didn’t look back.”

Peter briefly left Argyle after a relegation required cost-cutting measures, and he went to manage the Palace Theatre, before Graham was able to bring him back to Home Park as the club returned to prosperous ways.

Graham said: “Things improved, I wanted an assistant, and the Board approved bringing Peter back again – and he was with me until I retired in 1991. He was an excellent character, everyone liked him – he was very, very popular.”

Little and Hall formed an excellent working relationship, and they played a central role in one of the most iconic nights of Argyle history – when Pele and Santos came to town in 1973.

Recalling that famous game, Little said: “We had queues from Argyle, right through Central Park and into Pennycomequick. People queued overnight for tickets, it was a tremendous occasion.”

Having come to the conclusion that they were getting a raw deal after witnessing the size of the crowd, the Brazilian giants threatened to pull out of the exhibition unless Argyle bumped their match fee up. It was left to Little, Hall, and chairman Robert Daniel to quickly find the cash.

Little recalls: “On the night of the match, Santos saw the size of the 40,000-odd crowd, and their directors sent for me. It’s nothing in today’s money, but they demanded another £2,500 more than the contract or they wouldn’t play. They knew that our gate was going to be terrific, and they refused to take to the field.

“Peter, the chairman [Robert Daniel] and I got in touch with the bank manager to authorise that withdrawal, and we agreed to pay them. After the match, we had a reception at the Holiday Inn in Plymouth, and we went into a room and handed the money over.”

“Argyle meant everything to Peter. All his life he loved Plymouth Argyle. It was sheer luck that he happened to be in that pub when I went in for a snack with Derek Ufton.”

“I could talk about him for hours. He was my right-hand man through the years, and we were lucky to have him with us. We got on extremely well, great friends, and it was a brilliant partnership.”

Peter’s influence at Argyle spilled into all departments – playing a key role in implementing the Argyle lottery. Meanwhile, his grandson, Terry Sweeney, made 17 appearances for the club between 1997 and 1998.

Ken Beale, of the Argyle 50/50 society and a life-long friend of Peter, said: “Peter’s been a supporter all his life.

“He started off as a turnstile operator, he’s done security, grounds staff, he did every role possible at the club.”

It is testament to Peter’s impact on the Argyle family that everyone seems to have a different story to tell about him. In Ken’s case, he recalls a time that Peter was living in a caravan on the Home Park site, while working as the club’s security.

Ken said: “The story goes that Peter was living in a caravan with his son at Home Park and heard some noise going around.

“They went checking around the stadium, but couldn’t find anything. Believe it or not, when they’d come back, their television had been stolen! Peter had many laughs about that, he had a tremendous sense of humour.”

In later years, Hall moved to a care home in Stoke, but his enthusiasm for Argyle did not dampen, and Ken organised a meeting with the first team in 2019. During the visit, Peter exchanged stories with manager Ryan Lowe, his coaching team, and a number of the players.

Ken said: “He moved into a home in Stoke, but he always kept in touch with Argyle, kept following the club. Argyle was his life – any Argyle fan would tell you that. He would chat to anybody and tell them jokes, share his joy for the club. They certainly don’t make them like him anymore.”

“Once you got to know Peter, he’s a friend for life. You could not have wished for a better friend, he’d stand by you, and he was just a brilliant guy. I miss him dearly.”

First team coach Kevin Nancekivell said: “It was really sad to hear the news on Tuesday night, Peter was Plymouth Argyle royalty. He had time for everybody, his passion for the club was evident, and he will be sorely, sorely missed. I have known Peter for 20 years, and I am desperately saddened by his passing.

“I think that epitomises what Argyle is all about, we are a family club and Peter was a head of it. You don’t have to be on the football side of the club to be considered a vital part of our history, and he is going to be sorely missed. He deserves to be remembered as a true great, his stories and jokes will live with me forever.”

Farewell, Peter – and thank you.