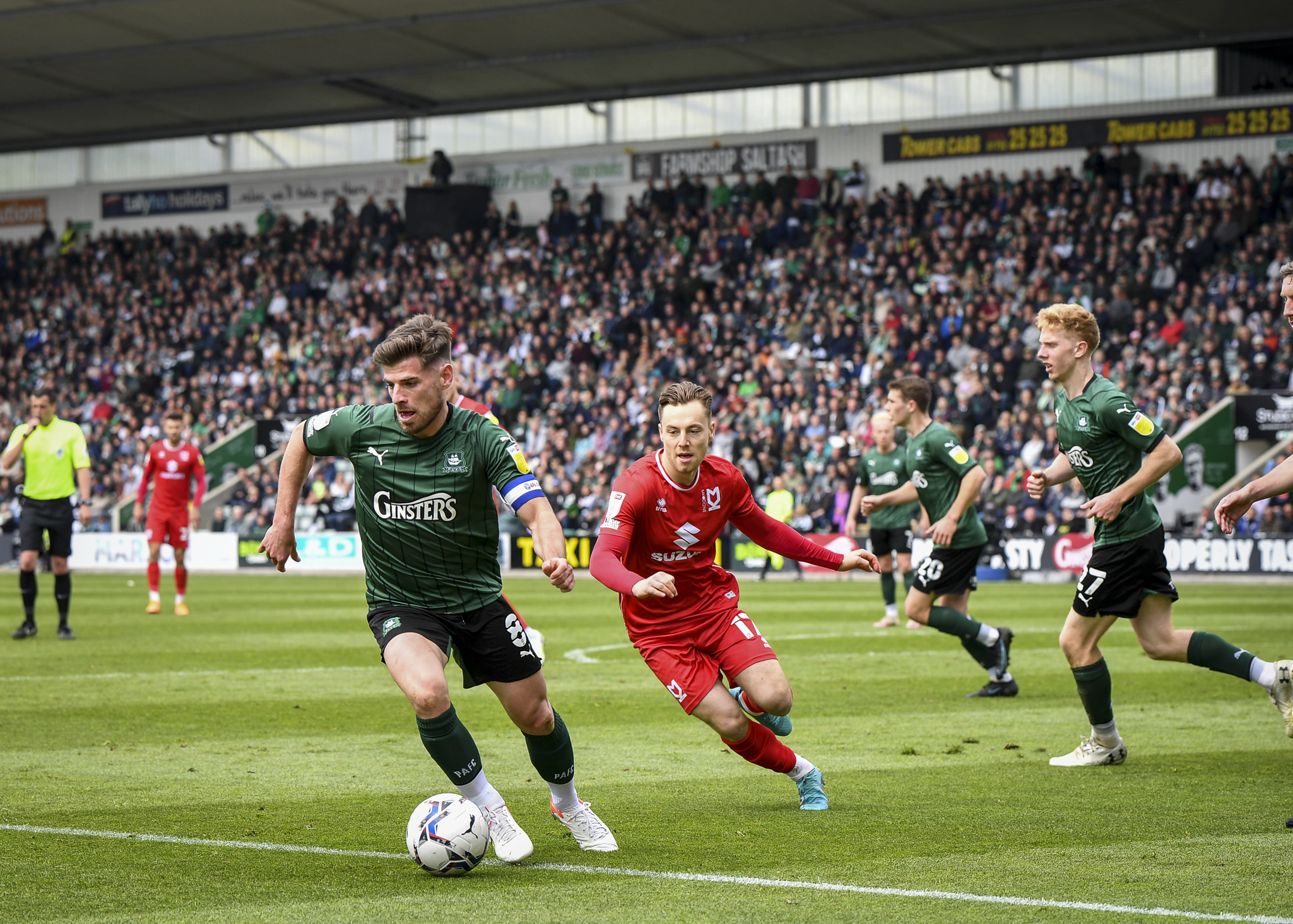 Argyle captain Joe Edwards thanked the Green Army for their unwavering support as the Pilgrims’ valiant Sky Bet League One play-off chase ended in a humbling defeat at the hands of Milton Keynes Dons.

The Greens’ skipper was in a race against time to recover from injury for the fixture, and was introduced as a second half substitute, with 10-man Argyle already trailing by four goals.

Joe said: “It’s heartbreaking because we've had such a good a good season. We were really looking forward today, we started well, with the intent we wanted and it just didn't happen for us.

“It was one of those games where everything sort of went against us and, like I said, the boys are absolutely heartbroken. It will take a bit time to get over and look back at the whole season.”

The heavy defeat did not always look on the cards, though, and Argyle had the better of the opening chances, carving out two excellent opportunities to take the lead against a side chasing automatic promotion on the final day. In the end, the game turned on those moments, and the Greens found themselves out of the contest by the interval following a red card for Jordan Houghton.

Joe’s introduction as a late substitute spoke not only to the captain’s commitment to the cause, but also the general health of the Pilgrims’ squad, with a great proportion of regular first-team players sidelined or managing injury during the run-in.

Joe said: “We’ve been hit with big injuries throughout the whole season. Really, we started off with three big players missing, and as the season went on that continued again. I’m not really fit but I wanted to be involved in a game like this and try and help as much as I could. Unfortunately, it wasn’t to be.”

Despite the overwhelming disappointment inside Home Park, another sell-out crowd backed the team until the end, and Joe was keen to express just how much that support has meant to the dressing room this season.

He said: “It’s amazing. The second half you could probably you couldn’t have told it who was winning 3-0 and who was losing 3-0, they sang the whole half. We’ve come to expect it here, but you’ve got to realise how special that is – they’re a different level.

“They've travelled all year with us. They've been amazing. There have been packed out houses here every week, and we've loved playing in front of them. We’re extra disappointed that we haven't done it in front of them today, but we’ve seen them stick with us and they’ll be here next season doing the same.”