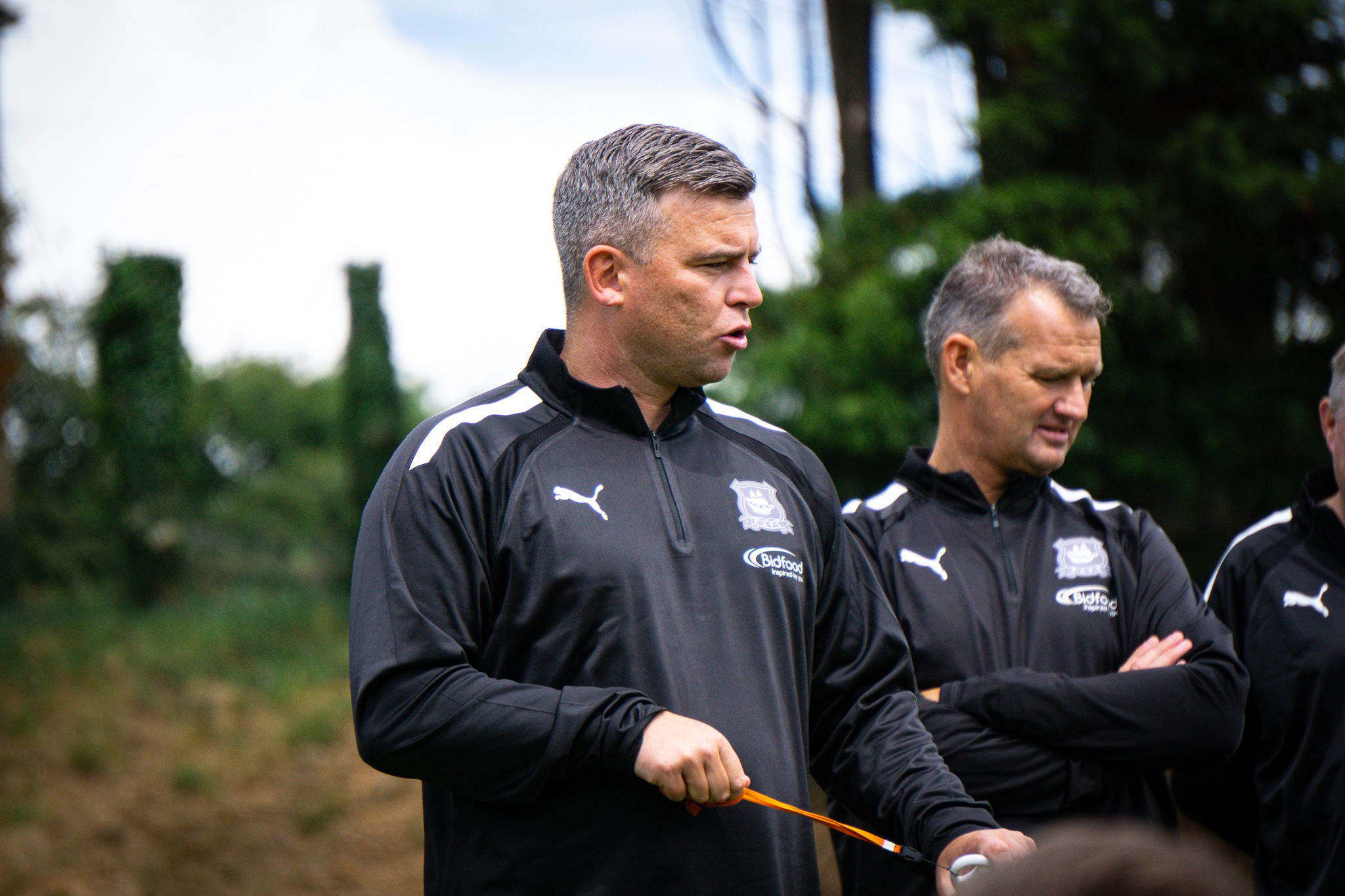 Argyle get their pre-season schedule up and running on Saturday, when they travel to Bolitho Park to take on Plymouth Parkway.

Not only is the now annual curtain raiser a popular fixture with both sets of fans, the players and staff are keen to get back to playing matches as well.

“The players are really looking forward to it, they’ve gone through the first ten days of really hard work, but you always feel that once the first game comes around, you’re on the countdown to the start of the season.”

It’s the fifth year in a row that the Greens will play their city neighbours and the second successive year at Bolitho Park.

Having returned to training last week, the game will be a good test for an Argyle squad who will harbour aspirations of another successful season.

Parkway’s players will also be keen to impress, having gained promotion to the Southern League Premier Division last year.

They have made a number of summer signings and Schumacher knows his players will be in for a tough game.

He said, “They will want to pit themselves against us, they’re always well up for it.

“The first couple of games I remember against them were really tight. Last season we managed to get away from them a bit but it’s a brilliant game, it’s a big test.

“We need some fitness out of it, get the rustiness out of the players.

“Most of the players will play 45 minutes each and we want to see good intensity from them.”

At least one of the two summer signings will make their debut for the Greens.

Midfielder Matt Butcher is expected to play a part in the game having joined on a two-year deal from Accrington Stanley in the summer.

Saturday’s clash may come a little too soon for Mickel Miller who has only had three days’ worth of training since arriving from Rotherham United.

With new signings on offer, anticipation about the new season and a stunning new kit on show, the interest in this fixture is clear to see as tickets have now sold out for the 3pm kick off.

Supporters who do have a ticket are being reminded that parking is limited at Bolitho Park and so are encouraged to take public transport to the game.

“They always get good crowds down there,” Steven said, “We’ve been there twice over the last three years and its always really good.

“There will be fans from both sides having a good time, they’re a good side, it’s a good pitch so we are all looking forward to it.”

You can follow all of the action from 3pm on Saturday on the club’s social media channels and on the website.