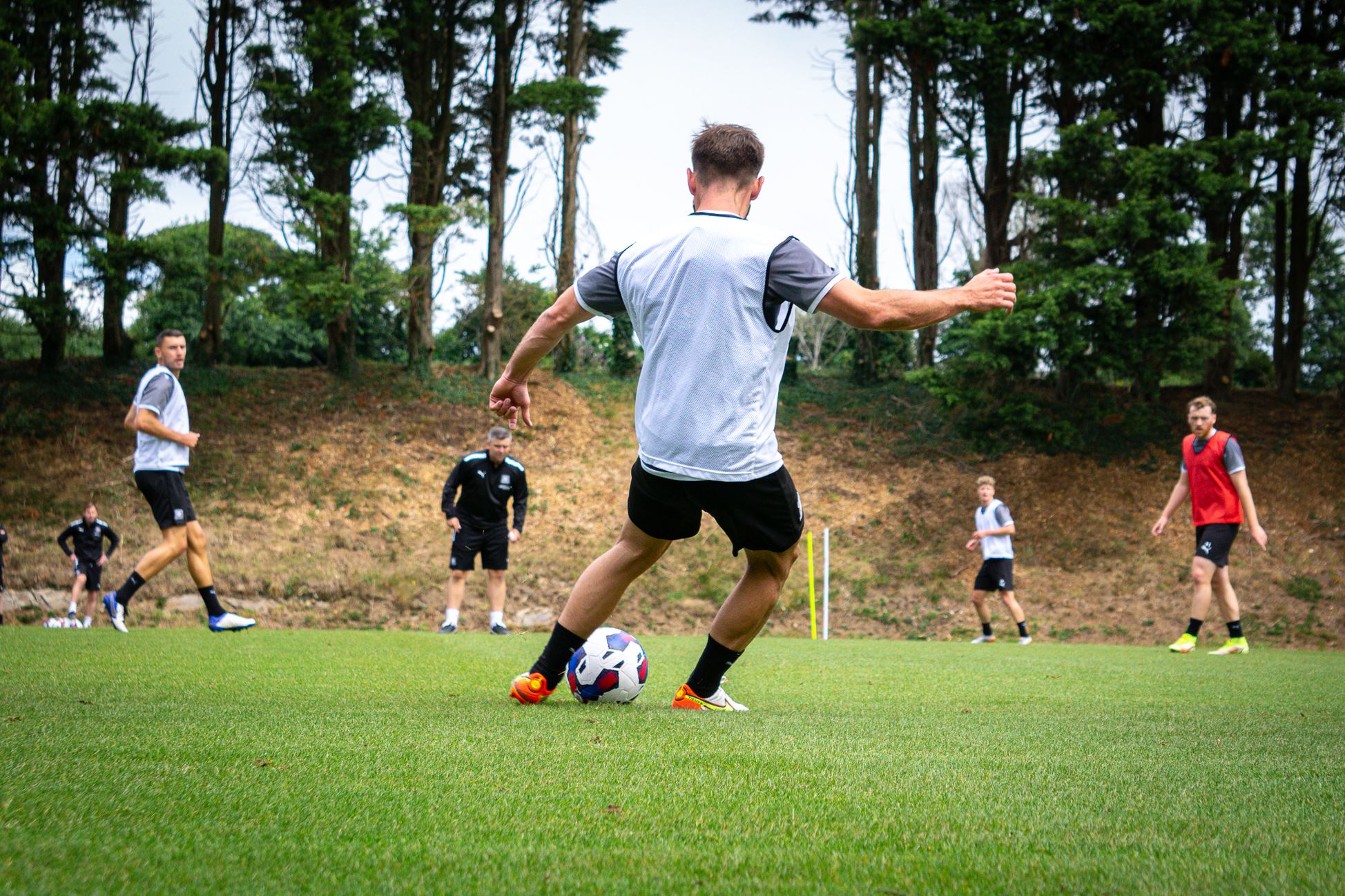 A 73-day wait without football at Home Park comes to an end tonight, as Sky Bet Championship side Swansea City come to PL2 for a pre-season friendly.

Like the Green Army, Argyle manager Steven Schumacher is excited for the season to get going, and a little like when you spy the sea for the first time on the way to your summer holiday destination, the work being done by the Argyle ground staff has raised the gaffer’s excitement.

“The pitch is looking unbelievable,” he told ArgyleTV. “The lines have started to go on, and then it starts to feel real. The season is almost here when you can see the pitch coming in.

“The last time we were out there it wasn’t a great day. Hopefully we’ll put that one to bed and enjoy it. It will be good to see all the fans again, good to be back out on the grass – hopefully it’s a good night.”

Following an opening 2-2 draw with Plymouth Parkway, and then a facile runout in the Costa Del Sol where scoring goals was not a tricky task, Schumacher knows what his focus is from the test the Swans will pose.

Swansea have already played two pre-season fixtures against EFL opposition. They played Colchester United last Tuesday, in a game spread over four 30-minute quarters. This was followed by a game against Forest Green Rovers on Saturday. Both games were played behind closed doors at Swansea’s training facility.

The Swans came to Home Park for a pre-season friendly last season. Swansea won 2-1, with goals from Morgan Whittaker and Liam Cullen in the first half, before Ryan Hardie pulled one back for The Pilgrims.

The game was somewhat overshadowed from a Swans perspective, as they were rocked the following day by the news that manager Steve Cooper had left the club. He was replaced before the season began by Russell Martin, who took the Swans to 11th place in the Championship.

The most eye-catching arrival of this summer at the Swansea.com Stadium is the return of Joe Allen, the talisman of Swansea’s side that ascended to the Premier League and won the EFL Cup in 2012/13.

Another notable newcomer for the South Walians is Harry Darling. The central defender, who scored at Home Park in last season’s final fixture, has received rave reviews for his performances in the heart of the Milton Keynes Dons defence in recent seasons, and now joins former boss, Martin, at Swansea.

Also making a reunion with his ex-boss is Matthew Sorinola, who played under Martin at MK Dons before leaving for Belgian side Union SG. The lively wing-back has now signed for the Swans on a season-long loan.

Young defender Nathan Wood, the son of former Crystal Palace full-back Dean Gordon, has joined from Middlesbrough, although Swansea have lost the services of creative midfielder Flynn Downes, who has signed for West Ham United.

Tickets for Tuesday night's game are available to purchase from the Home Park Ticket Office or online at www.argyletickets.com. You can also call the the ticket office on 01752907700.

If you are unable to make it to Home Park, then the match is being streamed on ArgyleTV for a price of £5. Erin Black will be joined by Ian Stonebridge for our pre-match show, which beings at 7pm. All details on how to buy your match pass can be found here.