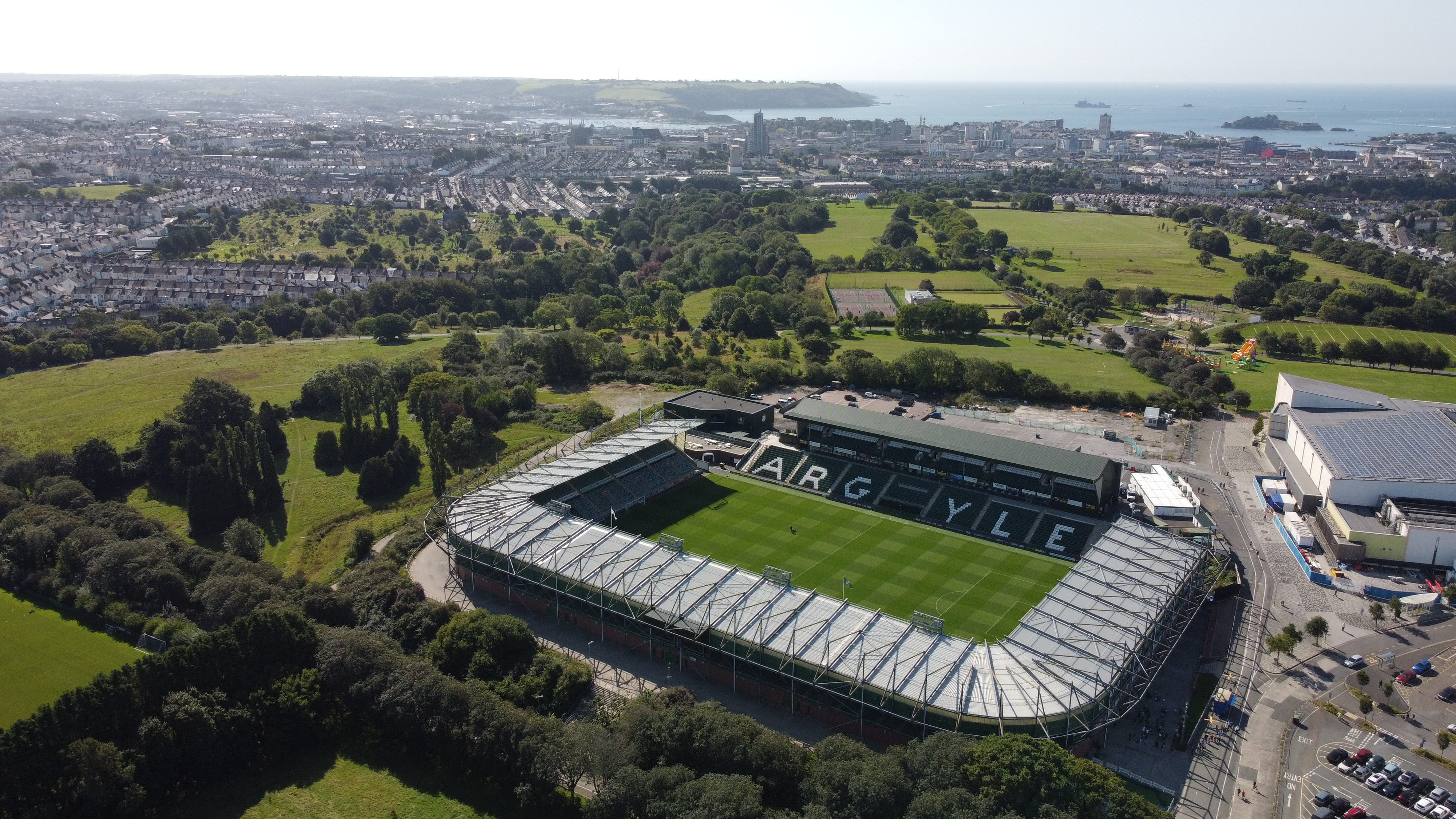 With the Greens currently sitting in their highest EFL league position for over a decade and attendances at their largest since the 2007/08 season, the club is writing to all supporters to encourage earlier arrival on a match-day.

Nearly 12,000 supporters attended the Pilgrims’ Sky Bet League One victory over Burton Albion on Saturday, and we thank the Green Army for their incredible support to help Ryan Lowe’s side climb to the top of the table.

While feedback from the match-day experience was broadly very positive, the club is acutely aware that a small number of supporters were unable to enter the stadium before the game kicked off against the Brewers. Argyle staff share in these supporters’ frustrations, and we have a strong desire to ensure that this does not happen again.

A large number of supporters attended the Home Park Ticket Office after 2.30pm on Saturday, creating long queues for tickets just before kick-off, which subsequently created a bottleneck at the turnstiles.

With attendances rising at the current rate, supporters are warned that arriving at the stadium 30 minutes before a fixture, without having purchased their tickets, leaves them at risk of missing some of the fixture.

The club has consistently advised supporters to ensure that they arrive at Home Park in plenty of time to enter the stadium ahead of kick-off, and turnstiles open 90 minutes before the fixture is due to take place.

There are plenty of other reasons to arrive early, too. Supporters can now sample our best-ever pre-match entertainment taking place around the stadium – including family activities outside of the Devonport End from 11am, and live music and food at the Mayflower Grandstand Fan Zone from 1.30pm.

Supporters are reminded to arrive in plenty of time to pass through security checks, and to enter by the turnstile closest to their block. That said, if there are large queues, supporters may enter any turnstile providing access to the stand in which their seat is located.

While earlier arrival will help with queues at the turnstiles, we also advise supporters to purchase their tickets in advance – not only to save queueing at the Home Park Ticket Office, but also to get an advance discount on the cost of their admission.

We also encourage all supporters to purchase digital tickets wherever possible – they are the most convenient way to secure your ticket, as well as saving on printing, delivery, or collection. Click here for more information on how to do so.

Print-at-home tickets are also available through argyletickets.com, as well as delivery or collection options for those who are not comfortable with using technology.

The Home Park Ticket Office is open from 9am-3pm Monday to Friday, as well as being open on the morning of a match-day.

We note some supporter feedback that not all turnstiles have been in operation on the Lyndhurst Road Stand side of the stadium.

We are currently working on a long-term project for the replacement of the turnstiles that have been in the stadium since the horseshoe stands have been built. Some of these turnstiles have been deemed beyond repair and closed throughout the 21/22 campaign.

While the number of turnstiles open is deemed suitable for the capacity in these areas, the club is also implementing a temporary solution to re-open affected turnstiles to ease stadium access congestion in the short term.

Thank you for your understanding and co-operation.